Netflix may have kicked off the rise of streaming platforms and changed the way people consume films and television series, but in recent years other brands have caught up. Co-CEOs Reed Hastings and Ted Sarandos realized that the company needs to innovate to stay at the top of the tree and identified gaming as the way to achieve their goal.

If the Netflix gaming concept is a success, it wouldn’t be surprising to see other streaming services looking to replicate it.

Streaming services may have had a huge impact on the way people watch movies and TV series, but they didn’t come up with the idea of the one-stop shop style entertainment hub. The online casino industry can be thanked for this and thriving sites in this sector have inspired companies like Netflix to expand beyond its original offerings. For example, many players log on to online casinos to play slots online, which come in a variety of different genres. The selection process at these game libraries is like Netflix, as players can view thumbnails of all the different games.

These have striking artwork to attract players. For instance, Fire Joker has bright red colors, and Cleopatra Plus features a backdrop of pyramids. Where online casinos differ, though, is that there are many other game tabs to suit different players. If they don’t like slots, they can choose to explore table games or live casino options.

What Games Does Netflix Currently Have?

Netflix Games gives current Netflix users the opportunity to play games on the same platform, replicating the online casino model of diversity. The company has invested a lot of resources into hiring developers, and there is an emphasis on making games that are related to the streaming content.

There are only a few games for players to choose from now, with Stranger Things: 1984 giving them another way to enjoy the popular sci-fi series. Thanks to the popularity of that offering, it was followed up with Stranger Things 3: The Game. These games will doubtlessly help hype up the next season of the show.

There are numerous other games to choose from, with a focus on simplicity. These include options like Shooting Hoops, Card Blast, and Bowling Ballers. 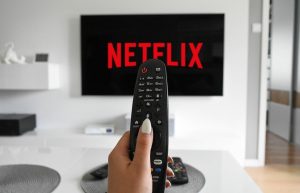 Will Other Streaming Services Replicate this Model?

Companies like HBO Max, Hulu, and Amazon Prime need to keep up with Netflix if they want to compete. They have closed the gap in recent years, but Netflix could pull away again if its games service is successful. Amazon has already started to offer Prime Gaming, and it wouldn’t be surprising to see the other services following suit soon.

Netflix has started out small with its gaming offering, but this is likely to balloon over the next decade. This could bring about the age of integrated entertainment hubs, a concept that was initially introduced by the online casino industry.

What is Kahoot Bot Flooder 2022 and How to Get it?

How to Check a Power Supply on Your PC

How to Sync a Wii Remote