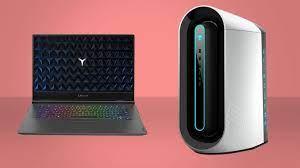 Customs authorities in China stopped 5,840 graphics cards from entering one of the country’s ports because their paperwork were incorrect, according to a report. Its monetary value might be in excess of three million dollars.

“Recently, when Meilin Customs and Huanggang Customs conducted a joint inspection of a company’s goods declared for import from Huanggang Port, it was discovered that three of the graphics card labels were covered by other labels,” according to a statement from Chinese customs posted to social media website Weibo [machine translated]. “The goods in question were graphics cards,” the statement continues.

“It was discovered that the specifications and models displayed on the actual labels that were covered did not correspond to the declared specifications and models, and as a result, the batch of graphics cards was sampled and submitted for inspection in accordance with applicable laws and regulations. Following identification, it was discovered that the real specs and models of 5,840 graphics cards did not match the declaration, resulting in a loss of more than 20 million [Yuan] in value.”

Pictures of the graphics cards were taken during the examination, and they show customs officers holding graphics cards with the XFX logo on them. The cards are suspected to be XFX Speedster SWFT 309 Radeon RX 6700 XT Core Gaming variants, according to the website My Drivers, which was the first to report the first customs seizure.

AMD introduced the RX 6700 XT graphics card nearly exactly one year ago today. Despite the fact that it has an MSRP of $479 USD, it may often be found for far more in high-end third-party model clothing, such as this XFX one, or owing to a scarcity of availability. Although 5,840 RX 6700 XT cards would only get you a cheeky $2,797,360 at retail, the greater amount counted by Chinese officials may be because to the increased worth of these cards and the inflated market pricing at which they were purchased.

Graphics cards are a valuable commodity these days, which may explain why someone would try to smuggle them through customs without paying the appropriate import taxes.

However, the identity of the company that imported the graphics cards into China has not been established. According to reports, the import is being handled by XFX China, a part of California-based XFX, which is in turn controlled by Hong Kong-based PINE Technology Holdings Limited. Despite the fact that there is no confirmation of this from Chinese customs in the post.