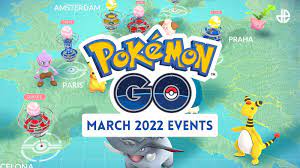 In Pokémon Go, starting on March 15, the Festival of Colors event will be fully operational, which means that players all around the world will be able to see specific species of Pokémon appearing more often from that point forward. Included among these species are the many distinct forms of Oricorio, which is making its premiere in Pokémon Go with its vivid Styles, as well as the many different sorts of Pikachu.

It is possible to meet Oricorio in one of four different Styles, each of which alters the primary type and appearance of the Dancing Pokémon in question. However, each Style can only be discovered in particular places of the world, which means that while Oricorio isn’t strictly region-locked, you won’t be able to collect every variety at this point in time.

As well as encountering new Pokémon, gaining certain benefits, and completing a new Collection Challenge, players will also be required to complete some event-exclusive Field Research, which will result in encounters with Pokémon in various forms, as well as encounters with all three Kanto starters, if they successfully complete it. This section contains a complete summary of all of the research assignments and incentives related with this project.

$3M worth of AMD graphics cards seized by Chinese authorities