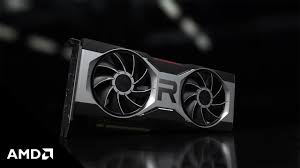 Speculation regarding what AMD has in store for the next generation of graphics processing units (GPUs) is picking up steam now that the company has completed the launch of its RDNA2 family of GPUs. It is important to remember that this fresh information, like any other rumour, needs to be taken with a grain of salt; yet, the most recent specifics are very intriguing. The most important piece of information is that AMD will be increasing both the total amount of memory on their flagship GPU as well as the memory bandwidth. And this is before we even start to talk about the enormous quantity of Infinity Cache it possesses.

This time around, they are considering increasing the memory bus width for forthcoming GPUs manufactured by AMD. They are referred to as Navi 31, 32, and 33, and they are numbered progressively lower starting with Navi 31 which is the RX 7900 XT. When compared to the RX 6900 XT, which only had a 256-bit memory bus, the high-end processor is expected to feature an extra-wide (for AMD), 384-bit memory bus instead. This is a major upgrade. Only Nvidia’s GPUs, which are part of the most recent generation, use a memory bus that is that broad. It implements it on its RTX 3080 12GB cards as well as those in the product stack that come before them. Since it has Infinity Cache to supplement its bus, AMD has been able to get away with using a bus that is 256 bits narrower than its competitors. 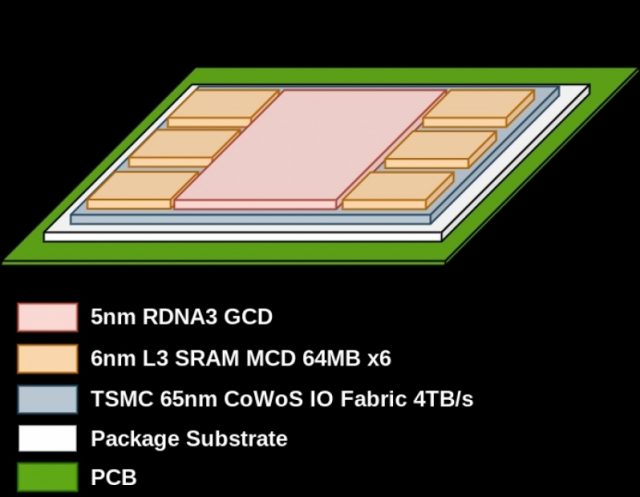 A larger memory bus is going to be used, and there are rumours that it will also be equipped with 24 gigabytes of GDDR6 memory. This is an upgrade from the existing RX 6900/50 XT’s 16GB memory capacity. It is possible that this will help AMD compete against the RTX 4090, and it will signal that AMD is no longer experimenting. It was never able to compete with Nvidia’s RTX 3090/Ti 24GB, but it appears to be committed to engaging in that conflict with RDNA3.

In addition to the expansion of the memory bus and the inclusion of additional memory, AMD is also expanding the capacity of the Infinity Cache on the Navi 31. It is expected that AMD will add 64MB of infinity cache on each of the six 4GB RAM modules that come included in the bundle, as depicted in the mockup that was just displayed. It is currently unknown whether or not this utilizes a 3D stacked architecture similar to that of the Ryzen 7 5800X3D. This is based on the assumption that there are seven chiplets in the package, as was previously stated. This would make it possible for the GPU to access an astounding 384 MB of L3 cache. That is a significant increase when compared to the RX 6950 XT’s memory capacity of 128MB. This would transform the Navi 31 into a 4K gaming behemoth, capable of high-resolution, ray-traced gaming thanks to its considerable memory bandwidth.

There is, of course, a great deal of debate as to whether or not this particular design for a 6+1 chiplet packaging will be the final version of the Navi 31. The design of its seven chiplets has been the subject of varying rumours up until this point. In contrast to the incremental approach that Nvidia will pursue with their Ada Lovelace platform, it is abundantly evident that AMD has adopted a revolutionary strategy with its Navi 31 platform. This time around, Nvidia will continue to use a die made of a single piece of material. With a method known as multi-chip module (MCM), AMD is going in a different direction. Discovering which design will turn out to be superior in the long run is something that all of us are really interested in doing.