Solid state drives (SSDs) have come a long way in recent years, and new data from Backblaze’s latest Drive Stats report reveals that they are now on par with hard disc drives in terms of reliability and durability (HDDs). In addition to yearly and quarterly Drive Stat reports on the performance of the drives that make up the cloud storage and cloud backup provider’s two exabytes of data storage, the company also releases Drive Stat reports on a monthly basis. Until last year, however, these reports were only concerned with the performance of the company’s hard disc drives.

Backblaze has revealed further insight into the performance of the solid-state drives (SSDs) that it employs as boot drives in its storage servers with the release of its Drive Stats report for 2021. According to Andy Klein, lead cloud storage evangelist at Backblaze, the firm began employing SSDs in this manner towards the end of 2018, albeit it also utilizes them to store log data and temporary files produced by its servers. Since introducing SSDs in its storage servers in 2018, the company has now amassed a total of 2,200 SSDs with some running in its servers for a longer period of time than others. 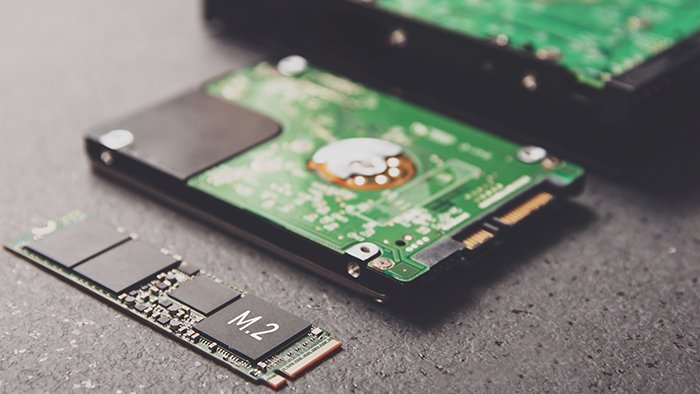 Using data from Backblaze’s 2021 Drive Stats report, Klein has broken down the failure rates of each of the SSDs it presently uses for its cloud storage and cloud backup services. The data was broken down by manufacturer, model, and use days.

It’s worth noting that the 500GB Crucial CT250MX500SSD1 and the 2TB Seagate ZA2000CM10002 SSD both exhibited significant annualized failure rates (AFR), but these two drives were the exception rather than the rule. With an AFR of 7.63 percent, the Micron MTFDDAV240TCB SSD outperformed all of the other Seagate storage devices in Backblaze. The average AFR for Backblaze’s 24 HDD types over the same time period was 1.01 percent.

Dell DELLBOSS VD SSDs and Seagate ZA500CM10002 were utilized for 12,560 days and 6,346 days, respectively, by the firm, although neither had any failures despite this time period. In general, Backblaze expects to see between one and two percent yearly failure rates for each of their SSDs, but “anything less is wonderful and anything more needs attention.” When it comes to monitoring both HDD and SSD performance, the organization uses quarterly statistics. Anyone may now download and study Backblaze’s 2021 disc data, and we should learn more about SSD dependability when the company issues its next Drive Stats report, which will cover SSDs later this year.

WhatsApp update is borrowing another feature from Messenger and Instagram