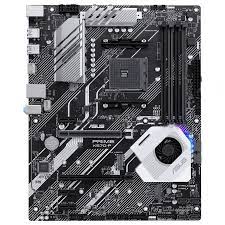 According to a teaser released on Asus’s Taiwanese Facebook page, the business is preparing to debut a high-performance solid-state drive. The drive has not yet been officially announced, but with Asus planning to host its ‘Boundless’ ROG event on the 17th of May, as well as a scaled-down version of Computes, we should expect to learn more about it in the near future.

It appears from the lone image (provided by Tom’s Hardware) that the ROG Strix SQ7 is a standard form factor 2280 PCIe 4.0 x4 NVMe SSD with a capacity of 228GB. It includes a cooling strip made of aluminium or graphene, depending on the model. That would be appropriate for customers who intend to place it beneath a motherboard heatsink. There’s no word on whether or if a heatsink-equipped version will be released, however a PS5-compatible version is almost certainly on the way.

It is not surprising to see a drive with the Asus ROG logo on it. These days, it is extremely simple for a manufacturer to develop a drive that has components that are readily available on the market. Competitors such as MSI and Gigabyte have their own versions of the Phison E18 drive, which can achieve read and write speeds of up to 7GB/s. These drives are competitive with drives from Samsung and Western Digital that are entirely designed in-house. 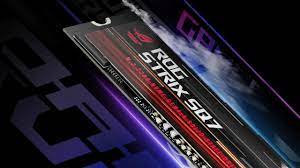 The market for high-performance solid-state drives (SSDs) is somewhat saturated. SSDs are not exactly common things, but these days, once you get beyond the aesthetics and pricing differences, there isn’t much to choose between the many options. Asus will profit from its well-known brand name, but it will be unable to offer a significant price premium if it wants to compete with established storage manufacturers such as those mentioned above, as well as companies such as Kingston and Seagate, which are also competitors.

With the addition of SSDs to its product line, Asus now manufactures everything a gamer requires for a complete system, with the exception of CPUs and memory. Along with the more usual Asus motherboards and graphics cards, Asus peripherals including as monitors, cases, and power supplies are also available for purchase.

Asus has some experience with memory, having assisted G.Skill in the creation of the company’s double DIMM modules back in 2018 (see below). What is the likelihood that Asus will produce its own RAM in the future? My guess is that its in-house overclockers will have a great time pushing DDR5 rates well over 10000MHz.

The SQ7 SSD in the image has a storage capacity of 1TB. That means it won’t be prohibitively expensive. However, we can expect to learn more at the Boundless event next week, where we will learn more about availability, the release of additional capacities, and exact price.