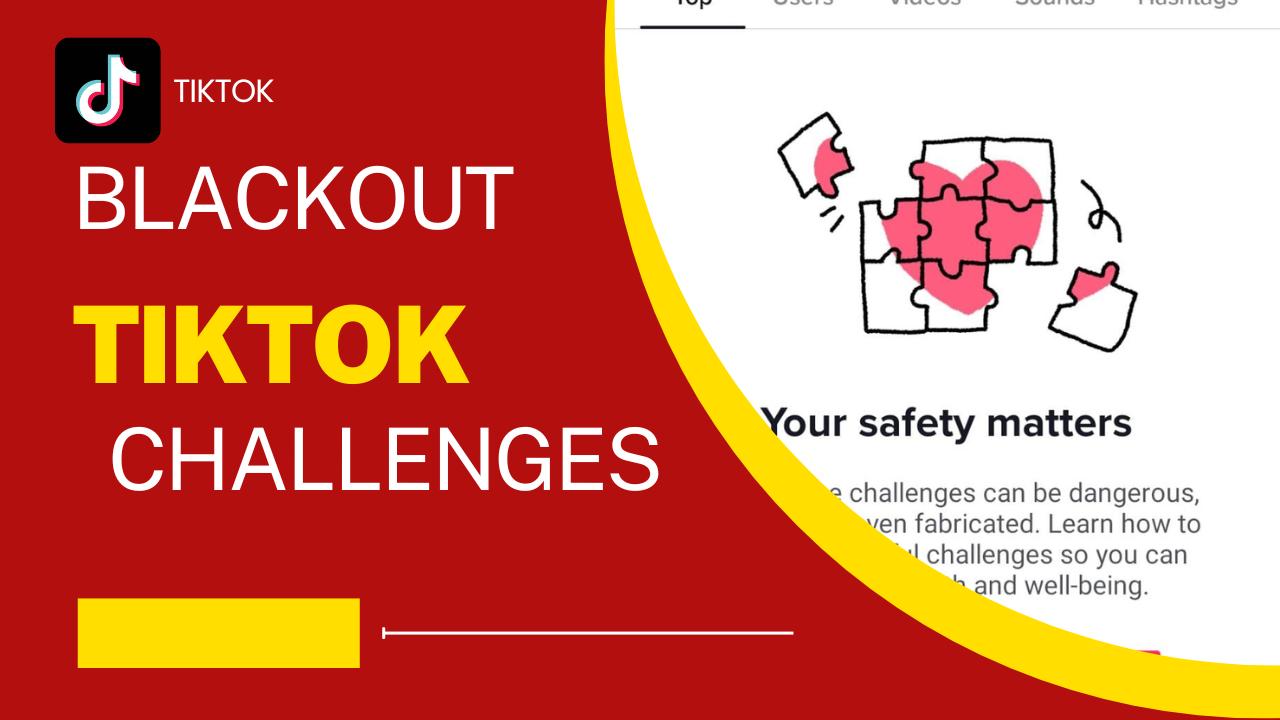 Tiktok hashtags holds an importance if someone wants to go viral on Tiktok. Some people have been involved in doing crazy stuff like Blackout challenge. Which is completely insance thing to do and showing to others when there are billions of Tiktok users. Tiktok has taken measures to reduce the spread of the Blackout Challenge on its platform.

What is the “Blackout Challenge” on TikTok?

The “blackout challenge” on TikTok is a dangerous trend that involves people intentionally choking themselves with household items in order to achieve a brief euphoric state or “high.” The challenge, also referred to as the “choking challenge” or the “pass-out challenge,” is a form of the “choking game,” in which people strangle themselves or others to obtain a brief rush of adrenaline or a sensation of lightheadedness.

How the Challenge is Performed

Participants in the challenge typically use belts, purse strings, ropes, or other similar items to strangle themselves. They then film themselves passing out and post the videos to TikTok. The trend is particularly popular among younger users of the platform.

Dangers of the Challenge

Participating in the blackout challenge can have serious and potentially fatal consequences. A lack of oxygen to the brain can lead to brain damage, seizures, and even death. The American Academy of Pediatrics has warned that the choking game can cause permanent brain damage, as well as death.

It is unclear who first started the trend, but there have been multiple reports of injuries and deaths resulting from the blackout challenge. Three children in Italy died in January 2021 while attempting the challenge, according to a report in The New York Times. In the United States, data from Businessweek suggests that the blackout challenge has been linked to the deaths of at least 15 children age 12 or younger in the past 18 months.

Actions that Tiktok Has Taken to Minimize Blackout Challenge

The company has implemented a system where searching for the hashtag associated with the challenge will not yield any results. Instead, users are presented with a message warning about the potential dangers and fabrications of such challenges and encouraged to protect their health and well-being by avoiding them.

It’s important to note that the blackout challenge is not only illegal and extremely dangerous, but also can lead to death. Parents and guardians should be aware of the trend and talk to their children about the dangers of participating in such challenges.

TikTok has removed the content of the challenge and discourage user to participate in it. It’s important that individuals understand the serious consequences of participating in such challenges and seek help or advise if they or someone they know may have been involved in it.

How to Invest in Chat gpt