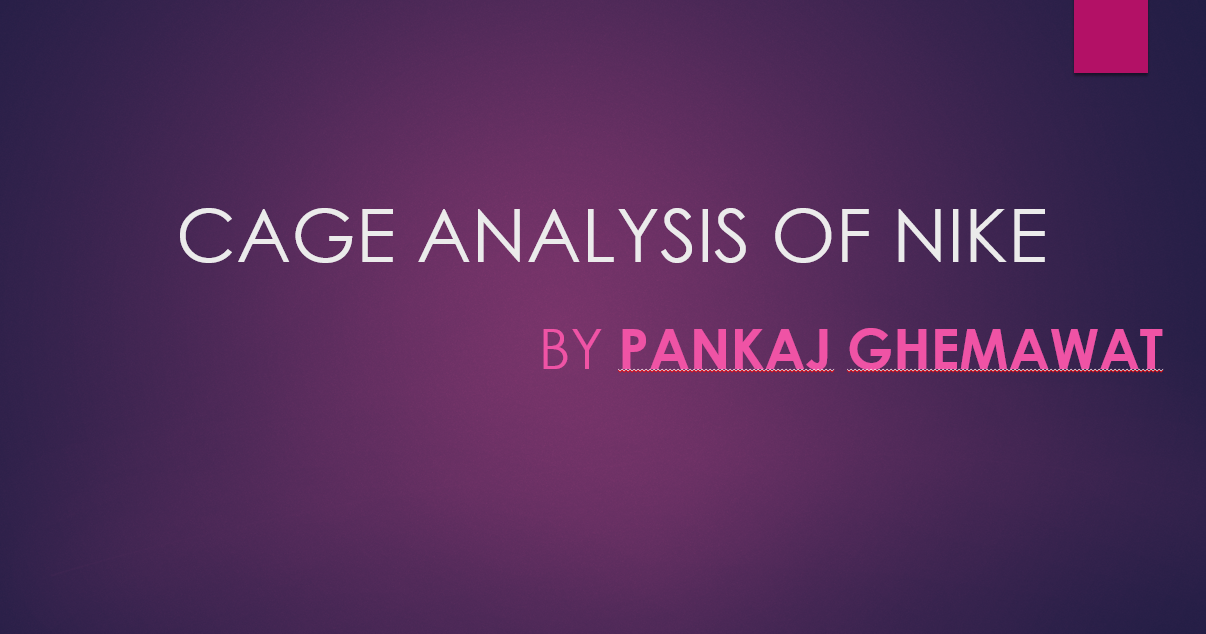 In this article, we will do a CAGE analysis of Nike company. This analysis is developed by Pankaj Ghemawat. Which analysis is a distance framework which is focused on the similarities and differences when a company expands business and what differences a company faces?

According to CAGE analysis, when a company expands its business, the company should focus on culture, administration, geography, and economic differences and similarities to determine whether the country where they are expanding is favorable or not.

Now we will see for Nike whether it is favorable or not to expand to other countries. As Nike is an American multinational corporation, and it is the world’s largest supplier and manufacturer of many products like athletic shoes, apparel, and other sports equipment.

We have to take into consideration the cultural values and rituals while expanding to other countries. They form the foundation of society and have a significant impact on not only consumer behavior but also the way society is organized. If Nike is expanding its business to a country where people want to have athletic shoes and other of their products like sports equipment, then it would be a great choice for them.

If Nike expands its business to a country where people do not like it enough or they do not use much sportswear, then it will not be a good option for Nike to open up their business in that country.

Norms, social institutions, arts, standards, collective principles, and community or societal priorities are all examples of cultural values in a society. So Nike should take all these things into consideration when it is going international.

In the Administration part of the cage analysis, we look into political and administrative differences and similarities between the host country and the foreign country.

According to Pankaj Ghemawat, if countries share a common currency, it can increase their trade by 340%, so it is favorable if the host country and the foreign country share similarities and the administration is friendly for trade. So common trading blocks with similar rules can increase trade among them by 330%.

For example: In order to expand into developed markets, Nike can take advantage of EU common policies and NAFTA-based outsourcing opportunities.

During the crisis, many countries changed laws regarding trade like when the Covid began; Before a significant portion of the local population had been immunized, the United States and other governments halted the export of the Covid vaccine.

Moreover, foreign countries sometimes add tariffs and new import duty taxes on products which increases the price and cost of doing business and can discourage the customers from paying the higher price for an imported product.

For Nike and every other country, if the geographical distance is more, then the cost of doing business is more, and if the distance between the host country and foreign country is small, then the cost is small as well.

It is imperative for Nike to have a strategy in place for managing its operations in the international market, either by employing locals or by bringing in foreign managers. Because rich countries engage in more cross-border trade than poor countries, Nike must know not only the target market in the foreign country but also its per capita spending, way of life, and local labor costs.

So for Nike, it is important to go international in those countries that are wealthy and can easily afford their products.

According to the CAGE distance framework, it is necessary to consider all the differences and similarities when going international.

How to Invest 100 Million Dollars