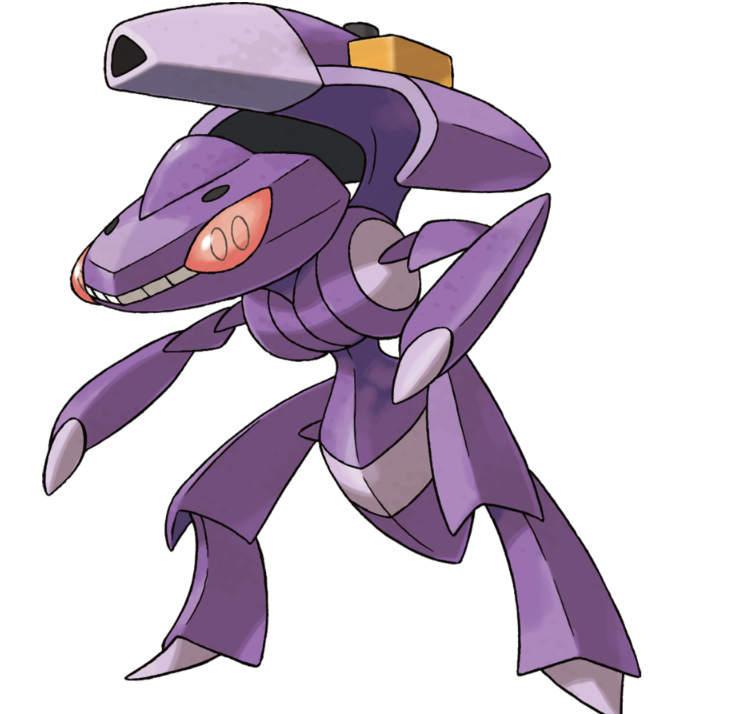 Can You Make Genesect Shiny in Pokemon Go?

First of all Genesect still cannot be shiny till today. Although Genesect cannot be evolved into or from any other Pokémon, it can transform into one of four different forms by using the Drive in the cannon located on its back. Depending on which Drive you use, the sprites inside of the Drive will look different.

Types of Moves of Genesect in Pokemon Go

The Pokémon’s ability to use specific types of moves can be altered by equipping it with Drives of varying types. Players will once again have the opportunity to capture Genesect in Raid battles during the Bug Out! Event in August of 2022.

What Kind of Body Genesect has? (Qualities)

Genesect is an insect-like Pokémon with a metallic body and a saucer-shaped head. The main color is purple, but there are some gray splotches on it. Large red eyes flank a small white area that may be a mouth or a vent. Its thin, overlapping arms are segmented. Each of its arms ends in a sharp claw that can spin a sticky string to build with. A gray circle sits atop each shoulder, and a gray band runs across its midsection. Each of its legs has a large claw that curves upward at the end.

Genesect, like Scizor, is immune to most types except fire because it is a hybrid of the bug and steel types. However, Genesect takes four times as much damage from fire-type attacks as it does from bug and steel types, so you should fill out your team with powerful fire-type Pokemon if you plan to battle it.

Who brought Back Genesect in Pokémon go?

Team Plasma used technology to bring back a Fossil Pokémon named Genesect and turn it into the most powerful Pokémon ever. N halted development on the project and shut down the P2 Laboratory because he was concerned that Pokémon, which he viewed as perfect creatures, would lose their aesthetic value if subjected to scientific enhancement. N’s rejection of Scientist Dudley’s talent didn’t stop him from continuing his work. This researcher put Genesect back together and reattached its cannon to its back.

There was a proper Shiny release for it, and many people assumed that this would be the case with all future Genesect Drive releases as well because they are all essentially identical save for a small spot of color on their backs. However, Niantic’s decision to release Burn Drive Genesect without the Shiny version in Pokémon GO indicated that the company had different priorities.

How to Catch Genesect in Pokémon go?

During the Bug Out! 2022 Event, players will engage Genesect in Five-Star Raid battles if they want to capture it. Players will not be able to find this Pokémon in the wild or breed it from eggs because it is a Mythical Pokémon. Players who want to shiny hunt Genesect during the event will have to make good use of their Raid passes, as this Pokémon does not appear to be featured in any Special Research.

Conclusion on Can Genesect be Shiny in Pokémon Go

In the past few years, Genesect has appeared and disappeared numerous times in Pokémon GO. The ability to switch out Drives is this Pokémon’s selling point. The Pokémon’s ability to use specific types of moves can be altered by equipping it with Drives of varying types. You can get it but can not make it shiny so far.