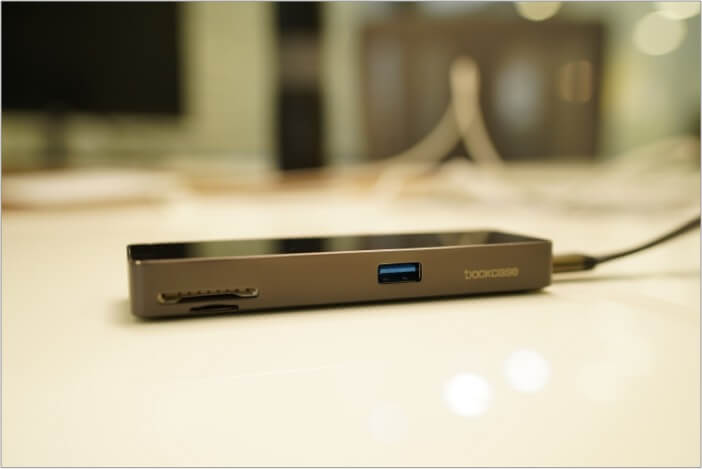 The USB-C M.2 SSD case from DockCase is back. To keep you informed about the condition of your SSD, the gadget has a tiny screen and a metal and glass shell with a number of useful SSD protection and monitoring capabilities. Are these features worth the $99 price, or are you better off searching for a different product?

I had a look at DockCase’s smart hub last year. DockCase’s NVMe/SATA SSD enclosure, like that device, is debuting on Kickstarter first. DockCase’s previous campaigns (which earned over $100,000 from almost 1,000 supporters) have all been successful in getting their goods off the ground, but this is still a Kickstarter. As soon as the campaign concludes in just a few days, we may expect shipments to begin somewhere in the second week of November. Buying the enclosure isn’t the same as purchasing a finished product from Amazon (though DockCase is running some Kickstarter-exclusive discounts).

The detachable USB-C to USB-C connection comes with a simple built-in USB-A adapter in the SSD container. The screen of the enclosure is the first thing you’ll see when you connect it in. With a single button, you may access even more information on the SSD and its housing, which can be seen on the LCD display. The status of the SSD’s power loss protection is clearly shown at the top of the display. 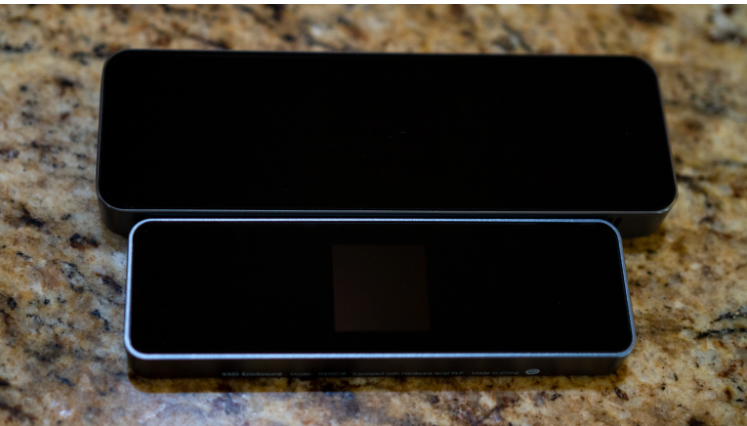 Unlike many other enclosures, the SSD enclosure from DockCase does not include a toolless design. The heatsink is held in place by a Phillips head screw on the back of the device. A screwdriver is included with the gadget.

Take off the back and you’ll be able to see what’s inside the container. It is easy to install the SSD with a Philips head screw, but I believe a tool-less design would have made the process much easier. I was previously using a Sabrent Thunderbolt 3 enclosure that cost about the same as this one. It’s completely tool-less and comes with a variety of thermal pads that you glue on yourself in various thicknesses. The heatsink of the DockCase SSD enclosure is pre-installed with a thermal pad.

Even when fully opened, the DockCase is a work of art thanks to DockCase’s design work. Golden contact pads and letters on a black PCB contrast well. It’s a dramatic contrast to the Sabrent enclosure’s crowded but effective blue PCB.

For a few more seconds after unplugging, the enclosure can keep the SSD powered up using a capacitor. Despite the fact that this won’t allow you to transmit any additional data from your computer, the SSD will be able to delete the data it has saved in its cache. The mapping table (essentially a table of contents on where data is stored on the SSD) is also protected by power loss protection.

Unexpected disconnecting of the device may be prevented by the huge capacitor in either of DockCase’s enclosures (the enclosure comes in five-second and 10-second power loss prevention variants). 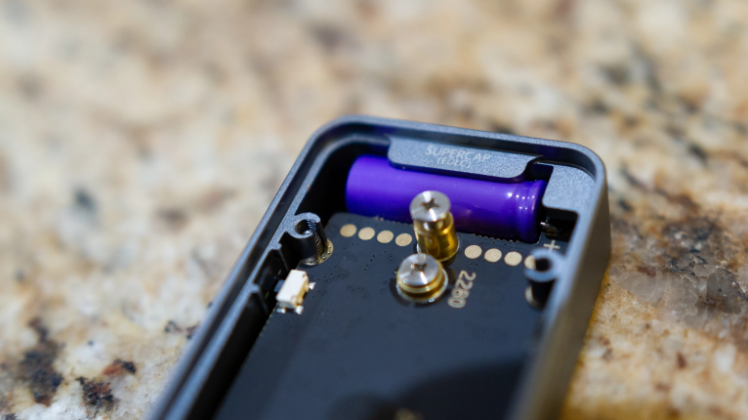 There is a big purple capacitor that provides power loss protection at the end of the container. Supercap (EDLC) is the name of the product. There are two metal flaps that protect the leads of this capacitor, so you won’t unintentionally contact them while inserting your SSD. ‘

Additional power loss prevention makes the DockCase enclosure stand out. A little more piece of mind is always welcome, even if you’ve never had any problems with other external SSD cases.

The display is also able to provide a wealth of information about the mounted SSD at a single glance. There is a lot of information to be gleaned, including the capacity, kind, remaining storage space, and partitions. This information may be accessed using Disk Utility or Disk Management, but it’s good to have it all at your fingertips in a single click.