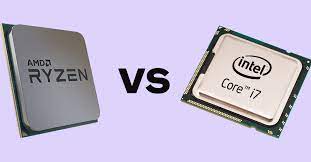 With the announcement of AMD’s new Ryzen 7 5800X3D CPU, as well as a half-dozen other CPUs, the company has set a debut date and price for the chip. In terms of performance, the Ryzen 7 5800X3D is a high-end CPU that AMD claims is now the “world’s greatest gaming processor.” In this post, we’ll examine at the comparison between the Intel Core i7-12700K and the AMD Ryzen 7 5800X3D processors to see which one is the better choice for your new gaming PC setup.

Before we begin the comparison, here’s a quick look at the specifications table to see what each CPU brings to the table: 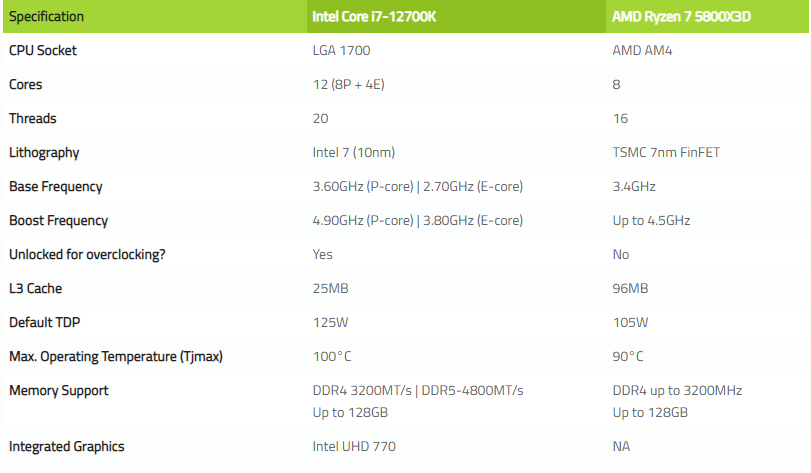 There is a significant age difference between the Ryzen 7 5800X3D and Intel’s Core i7-12700K. They’re both well-equipped and would make excellent choices for a high-end gaming system. As you can see, the specs of both CPUs are very similar. There are eight performance cores (P-cores) and four efficiency cores in the Intel Core i7-12700K. (E-cores). While the Ryzen 7 5800X3D has eight cores and 16 threads, the Ryzen 7 5800X is more powerful. Both processors will be able to handle both gaming and content creation tasks with ease. Two high-end CPUs are going head-to-head with a good set of specifications.

Three-dimensional V-cache memory is a major benefit of the new Ryzen processor. The Intel Core i7-12700K has just 25MB of L3 cache, but the new Ryzen CPU has as much as 96MB of L3 cache. Because of this, the Ryzen 7 5800X3D will perform better in games and other tasks requiring many threads. This new Ryzen 7 5800X3D appears to be on par with the Intel Core i9-12900K in AMD’s internal testing. We haven’t had a chance to test AMD’s new Ryzen processor yet, but here are some performance comparison data from the chip’s manufacturer.

No overclocking support for 5800X3D

It’s done! Overclocking is not supported by the Ryzen 7 5800X3D. This is a real shame, given the 5800X3D’s reputation as a high-end processor. For AMD’s V-cache CPUs, they’re still trying to figure out the best way to package them. They chose to voltage lock the Ryzen 7 5800X3D at 1.35V because it was the first of its sort. There is still the ability to overclock the fabric and the memory, which implies that enthusiasts will still be able to play with with some parameters. We’re crossing our fingers that AMD’s new V-cache CPUs aren’t doomed in the same manner. When the new Ryzen 7000 series processors hit the market, we’ll have more to say about this.

Overclocking is possible with the Intel Core i7-12700K. You’ll need to acquire a separate CPU cooler if you want to use either of these CPUs. If you’re in the market for a new CPU cooler, have a look at our selection of the top models available.

Epic Games hit with another lawsuit over Fortnite dance moves

DockCase’s USB-C M.2 SSD enclosure: How does it stack up?