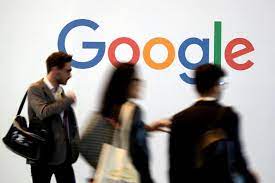 Several advertising agencies and government agencies expressed concern when Google stated two years ago that it planned to ban digital tracking cookies in its Chrome web browser. As a result of public uproar, Google was compelled to postpone the launch of the service until late 2023.

A new approach to prevent third-party trackers in Chrome was announced by Google on Tuesday, and it involves an online advertising system called Topics. Instead of using cookies, the new approach will track a user’s online surfing history for the previous three weeks to provide marketers with information about their interests, such as “fitness” or “autos and vehicles.” After three weeks, the Topics will be removed.

This might be a major shift in advertising, but it isn’t clear if the new strategy, which Google will begin testing in the first quarter of this year and is expected to be implemented by the end of the year, would be any less scary to advertisers and regulators. According to StatCounter, Google Chrome is the most popular web browser in the world, with two out of every three people using it.

Third-party trackers will be removed from Chrome in 2019 as part of Google’s Privacy Sandbox project. Ad providers can learn about a user’s surfing patterns through the use of trackers. FLoC, or federated learning of cohorts, was the company’s next strategy, which was disclosed later. Advertisers may now target groups of people rather than specific individuals, based on their shared browsing habits. 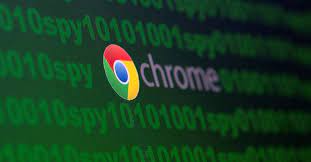 Google’s privacy proposal sparked concerns that the firm will gain an even greater foothold in the advertising business since it already knows so much about its customers’ interests and behaviours. Experts in the field of privacy were concerned that the cohorts might expose users to new types of monitoring.

Regulators were also interested in Google’s proposition. As part of an investigation into Google’s involvement in the digital advertising business, European Union officials stated they were looking into the idea The Competition and Markets Authority in the United Kingdom and Google signed an agreement last year to allow the regulator to assess modifications to trackers in Chrome as part of a settlement of another probe. Privacy groups have voiced worries about FLoC, and Google says it will address those issues by barring the use of even more intrusive monitoring methods. By dividing its audience into smaller subgroups, it hopes to protect the privacy of its users.

According to Google’s prior plan, the number of topics would have been in the tens of thousands, but now it will be in the hundreds of thousands. If they wanted to delete a topic from their profile, they could, according to the business.

Topics, according to Google, will rely on human curators rather than machine intelligence to create user groupings. So that groupings based on sensitive criteria such as sexual orientation or race will be eliminated, Google said.

An interview with Google Privacy Sandbox manager Vinay Goel revealed that “there were a few studies that expressed worry over this happening,” according to Goel. “We couldn’t discover any proof of that.”