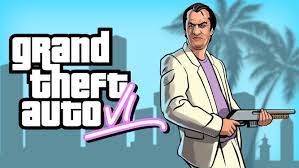 Fans should treat this information with extreme caution, as they should with any leaks or rumours, but Rockstar Games has a well-documented history of teasing future projects in its games, so this should not be taken as gospel. Since Grand Theft Auto 3 had billboards that alluded to Vice City, it wouldn’t be shocking if Rockstar used Grand Theft Auto: The Trilogy – The Definitive Edition to tease fans about the re-emergence of Vice City.