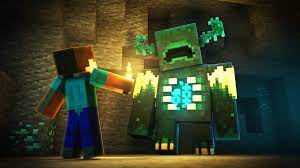 It is already a frightening area for Minecraft players to find themselves in when they enter the Deep Dark. Players must use caution in order to avoid disturbing the Warden, who is currently present in the game. Recently, a member on Reddit’s r/Minecraft subreddit, identified as u/FeeAcrobatic5214, uploaded a video in which the Warden chased after them and gave them a jumpscare right out of a horror movie. Redditors were quick to respond to the situation.

Minecraft Player showcases a horrifying encounter with the Warden

When the Warden unexpectedly strikes them, they are doing an acrobatic search in a chest. They attempt to flee by climbing up the wall with the help of water, but the Warden swims up to them and follows them along the path. In a desperate bid for survival, they flee through the ramparts and hallways, eventually leaping to a wall where they begin mining it, only to turn around and find themselves in the presence of the Warden.

Many players admitted this makes the Warden even more horrifying

The fact that the Warden was able to track it down so quickly shocked the players. The prospect of being able to zoom through the water at a faster rate was alarming. The threat of a hard-hitting Warden charging at a player with such ferocity and speed should not be taken lightly. Members of the Reddit community shared their thoughts on the horrible scene they had just watched in the video.