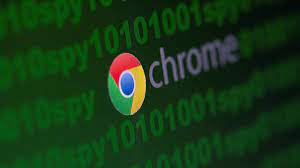 With Google Chrome’s 100th update, we get to commemorate one of the most widely used pieces of software in many people’s daily routines. The 100th version of Chrome for Android and iOS was released recently, but the desktop version has also been tested to be reliable and has begun rolling out to Chrome users throughout the world.

The big 100 will be disappointed, since there isn’t anything new to look forward to. In the logs, you’ll find the typical assortment of bug fixes, but nothing really remarkable. The search history may now be organized into categories, and RAM consumption has been reduced. It’s also continuously being upgraded to combat phishing and other forms of fraud, although this specific change has received little attention.

Cool to see that the bug reporters are also credited for their efforts in fixing it. Reporting an issue can be a thankless task, but it’s critical to the development of any piece of software. It’s a great way to recognise these folks for their contributions to making Chrome a better experience for everyone. Thanks to all of you.

While the upgrade itself isn’t particularly noteworthy, the company’s move to triple digits is. It’s still a bit of a challenge, but not for the reasons you would assume. Firefox and Edge, for example, are also nearing the milestone.

Detecting future-proofing code isn’t always straightforward, and numbers are particularly challenging. A prominent illustration of this is the failure to implement Y2K, but it also explains why we never saw Windows 9 and instead rushed directly to 10 instead. As a result, both Chrome and Firefox have had to deal around the issue of a browser with a triple-digit update number.

For the time being, I’m eagerly anticipating the next number-related disaster in which humans never anticipate things to endure nearly as long as they do. For the next birthday, Google should do something special for Chrome. Maybe they’re waiting till it hits 1000 before releasing it.