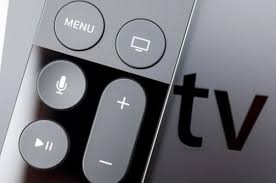 The Apple TV is one example of a streaming media player that features a user-friendly interface. It’s possible that many people won’t feel at ease using an Apple TV in its default language. The Apple TV supports approximately 30 languages and more, which makes using it much more convenient. At any time, the user has the ability to switch the language setting on the device. When you change the language on your Apple TV, the language of the subtitles, interface, closed captions, and voiceover will also change to reflect the new setting. In addition, we also have an app for Apple TV, and there is a possibility that we may need to switch the audio language. Let’s take a look at how to switch the language on Apple TV.

Read Also: How to Change Password on Apple TV

How to Change Language on Apple TV

The methods that are outlined below will assist you in changing the language that is shown on your streaming device. The user interface of the Apple TV is one that is both simple and easy to understand. Therefore, switching to the language in which you are most familiar will scarcely take more than a minute or two.

1. Turn on your TV and connect your Apple TV to an HDMI port on the back of it.

2. To get back to the home screen, press the “home” button that is located on the Apple TV remote.

3. While on the home screen, scroll down until you find the Settings app, and then click on it.

4. Navigate to the settings screen, and at the very top of the list, select the General option. 5. Under the heading LANGUAGE AND REGION, scroll down to find the Apple TV language option, and then click on it. 6. Select the language you prefer to use. After the language has been chosen, all of the subtitles and the icons will be updated to reflect this change.

Why can’t I change the language on Apple TV?

Open the Settings app, scroll down and select TV, then select Languages from the menu that appears. Doing so will allow you to select the audio languages that will be downloaded along with your videos. Simply select the languages you wish to add after tapping the “Add Language” button.

Why is my Apple TV in another language?

Navigate to the Settings app, which is seen in the accompanying image. The General selection will be prioritised. After that, the second option that appears from the button will be “Apple TV Language,” and you should see a symbol that looks like a flag on the left side of the screen, just like it is demonstrated in the article. Then you should select English.

Why is my Apple TV show in French?

Start playing the item in the TV app, and then slide your mouse over the video to reveal the playback controls. This will allow you to change the language being used during playback. Click the Audio Language icon, which resembles a conversation bubble, in the bottom right corner of the screen. Next, select Languages, and pick the language you want the replay to be in. I really hope this helps.

How to Change Your Hulu Plan on Computer

How to View Song Lyrics in Spotify on Mobile