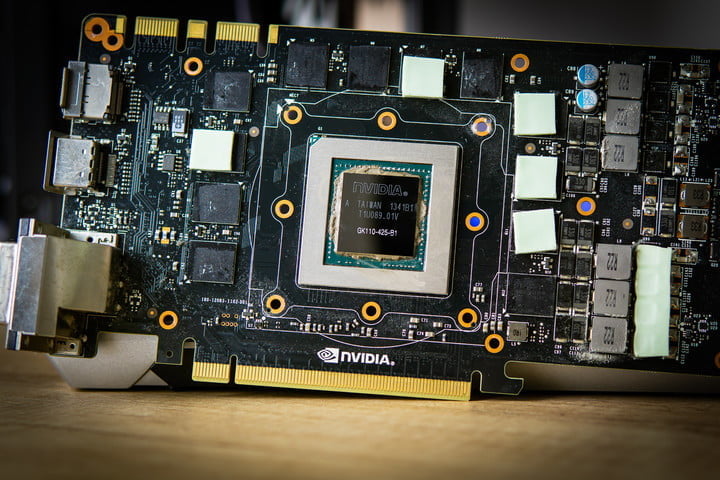 When it comes to gaming computers, the graphics card, also known as the GPU, is one of the most crucial components, and it’s critical to monitor its temperatures on a regular basis to ensure that it lasts as long as possible. When it comes to its decay, temperature is the most important issue to consider, and you want it to last as long as possible — especially in today’s market, where even the top graphics cards aren’t cheap.

Fortunately, keeping an eye on its temps isn’t difficult and can be achieved in a matter of minutes with the aid of a few simple instruments. However, there are a few more considerations to bear in mind, so let’s get started.

Read Also: What GPU is Best to Mine Metaverse in 2022

How to Check Your GPU’s temperature

Using Windows Task Manager and selecting the Performance tab is by far the quickest and most convenient way to monitor your GPU’s temperature in Windows 10. You’ll see your GPU mentioned at the bottom of the list, with its temperature between the brackets (see below). This tool may be used to monitor your GPU temperature when it is under a severe gaming load to ensure that it is working at or very close to 100 percent efficiency. 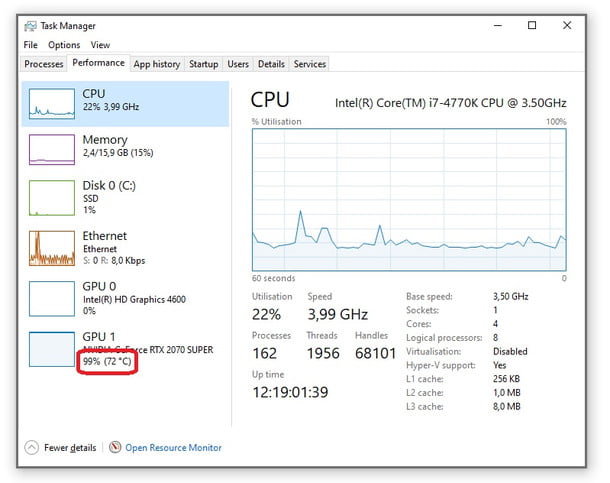 However, this is not the most effective method because it is tough to monitor in-game. Due to the fact that the GPU temperature lowers quickly when you Alt + Tab out of a game, you will not be able to observe a live reading like this without using an additional display. As a result, it is impossible to tell what your GPU’s temperature is like when playing a game. 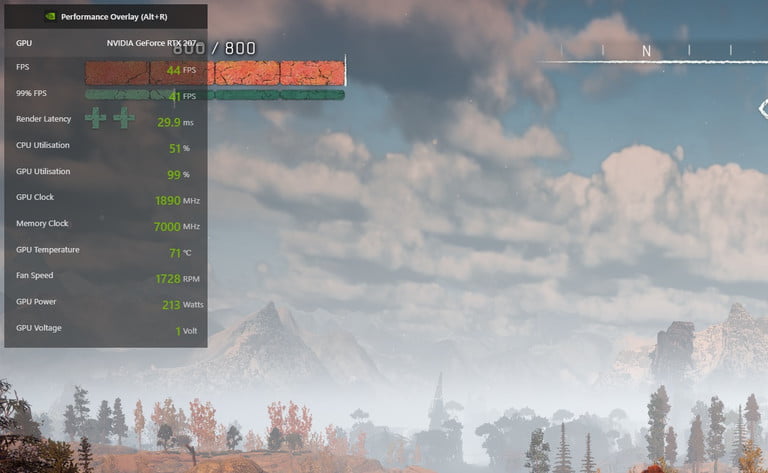 However, there is another tool that you may prefer that is included into the Nvidia GPU drivers, and AMD’s GPUs also feature a utility that is comparable to this one. Make sure you have GeForce Experience installed and that you are logged in before you can access Nvidia’s overlay. The sophisticated performance monitor may be found in the corner of your choice if you use Alt + Z to activate the overlay in-game, then click the Cog icon on the right to configure it. It will look similar to the one above, with the GPU temperature shown on the fourth line from the bottom.

As well as an in-game overlay for monitoring hardware, AMD’s GPUs have a slew of third-party monitoring tools such as HWiNFO and MSI Afterburner, as well as Evga’s Precision X1.

How do I check my GPU temp Windows 10?

Right-click on the Windows desktop and select Radeon Settings. From there, navigate to Gaming > Global Settings > Global Wattman to complete the configuration. After making a promise to yourself that you will not blow up your graphics card if you use the programme to do a crazy overclock, you will be granted access to Wattman, which displays GPU temperature and other critical information in graph form. Done!

Is 70 degrees Celsius hot for a GPU?

What is a safe GPU temp?

How to Tame a Wolf in Minecraft

5 Best Paper Writing Services for Any Subject and Proficiency Level