The Spotify cache keeps information about your music in order to minimise the amount of time spent buffering, however this data may become too large. This is the proper way to clean it.

Clearing your Spotify cache is a chore that many of us have to deal with at some point. This may be because your laptop has started to become unresponsive or because your phone could use a little bit more storage space. But what exactly is the Spotify cache, and should you delete it after you’re through using it?

What is the Spotify cache?

Your listening history may be found in the cache of your Spotify account. For customers who subscribe to Spotify Premium, the cache is where music that have been downloaded and may be played offline are saved. The cache in Spotify is what makes it possible to listen to songs without having to wait for them to buffer first.

When the storage capacity of Spotify’s cache is reached, the tracks that you do not listen to very often are replaced with music that you listen to more frequently. There have been reports of mobile phones being unable to properly load Spotify because of an excessively big cache.

How to clear the Spotify cache

The vast majority of Spotify users don’t need to make any adjustments to their cache settings. Your listening experience will benefit more than it will suffer thanks to the configuration of the cache that Spotify uses. On the other hand, it may be necessary from time to time due to damaged recordings or poor downloads.

The following is a guide that will walk you through clearing the cache on your Spotify account if you are determined to clean it up.

How to Clear the Spotify Cache on iOS 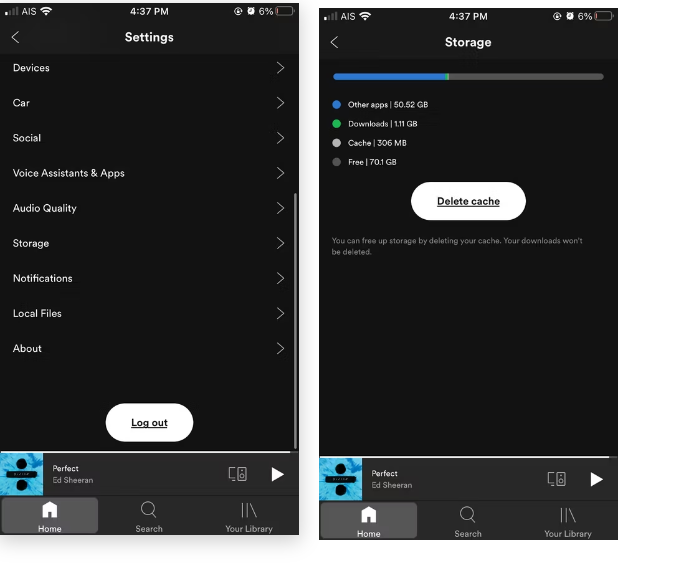 Launch the Spotify app on your iOS device in order to clean the cache on that device. After that, go to Settings > Storage and then touch the Delete Cache button.

How to Clear the Spotify Cache on Android 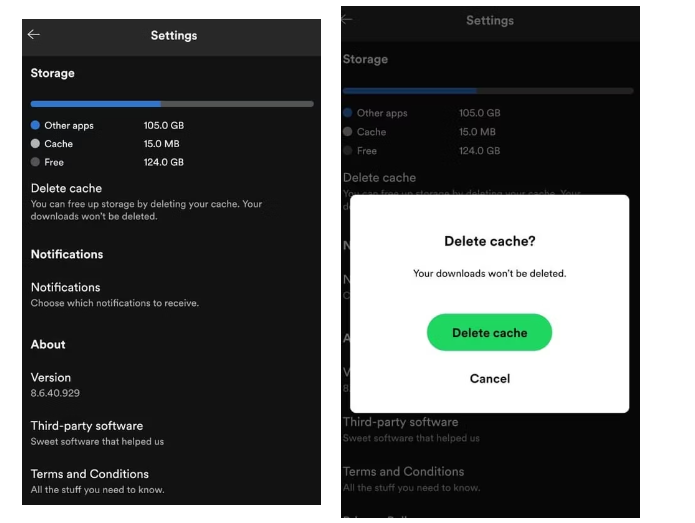 You may clear your Spotify cache on Android by heading into Settings and selecting that option. Then, under Storage, choose Delete cache. Before continuing, a pop-up will appear asking you to validate your selection before moving on.

How to Clear the Spotify Cache on Desktop

When compared to the Spotify app versions, browsing Spotify Desktop to clear your cache is more complicated. To begin, you will need to locate the folder on your computer where the cache for your Spotify client is stored. 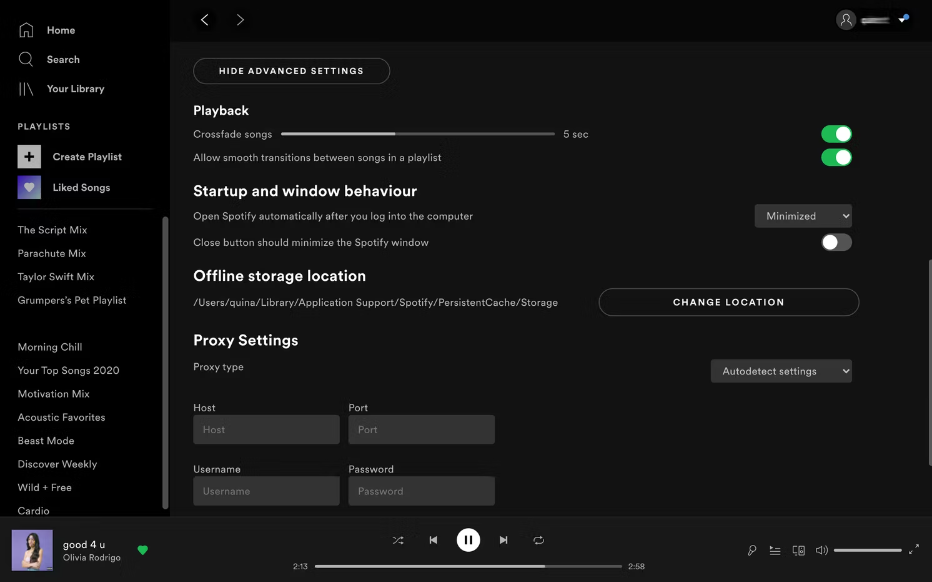 To achieve this, open the Spotify app on your device and choose Settings > Show Advanced Settings from the menu. Take note of the folder name in the section labelled Offline storage location. The next step is to open this folder and erase everything inside of it.

Clearing Spotify’s cache is what I’m curious about.

Because of this, Spotify will have to re-download data from its servers once you remove your cache. Be aware that clearing your Spotify cache may temporarily raise your bandwidth and data consumption. If you’ve tried deleting your Spotify cache and still can’t locate any tracks that won’t play, don’t panic.

What is the Spotify cache used for?

Temporary copies of your music, as well as fragments, are stored in the Spotify cache. Spotify uses your cache to provide music to you and other Spotify users who wish to listen to the same data.

What causes such a massive Spotify cache?

Music kept in the cache should not continue to expand when new songs replace old ones that have been listened to for a long time. If you have a lot of music stored for offline usage, you’ll have to clear up extra space in your cache.

How To Get Circle Crosshair Valorant

How to Make a Spotify Playlist Private on PC