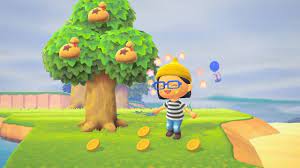 The long-awaited release of Animal Crossing: New Horizons has finally arrived, and much like its predecessors, this game puts the entire animal kingdom at your fingertips. This fun simulation game on Switch offers players more flexibility than ever before, and that freedom is more varied and vast than ever before in this sequel. Even though this might provide for an eternally pleasurable experience, it can also make it difficult to determine exactly what you should be focusing on and the most effective way to acquire money, also known as “Bells.”

Read Also How to Change Your Appearance in Animal Crossing

How to Earn Bells in Animal Crossing

1. Collect Bugs, Fish, And Weeds To Sell To NPCs Selling stuff to Timmy and Tommy is not necessarily going to be the most profitable option for you. Although it may be your initial inclination to catch a bug or fish and dash off to Nook’s Cranny right away, you should make an effort to hold on to the critters for a while longer. There are a few non-playable characters who will make your time there worthwhile.

To begin, there is Flick, a snarky lizard that has a passion for catching insects. In addition to that, there is CJ the beaver, who is a fishing master. Leif the sloth, who was just just added to the cast of non-playable characters (NPCs), operates a mobile gardening stand and will pull weeds for you. Every single one of these characters pays a hefty sum for the collectibles that are specific to them. There is a possibility that it will take some time for them to arrive on your island, but the larger the collection that you bring with you, the more bells you will produce. The more uncommon the fish and bugs, the higher the potential profit. Since the inception of the Animal Crossing series, the Stalk Market has served as a fundamental component of the series. Daisy Mae travels to other islands every Sunday morning up to noon with a new harvest of turnips, which she sells at prices ranging from 90 to 110 bells for each individual turnip. After that, players have one week to sell their turnips to Timmy and Tommy, who can offer rates anywhere from 15 bells to 650 bells depending on the quality of the turnip. There are two pricing adjustments per day. You never know whether or when you will get a good bargain, so it’s kind of like playing the lottery every time you do it.

There are, to one’s great relief, resources available on the Internet that can assist in monitoring and forecasting daily turnip prices. In addition, you can look on websites such as Turnip Exchange for islands that are selling for a high price. Put some turnips in your pockets so you may enjoy the benefits later.

3. Give Gifts To Villagers Being generous will get you very far. When a villager has been living on your island for at least a week and communicating with you on a regular basis, you can start offering them daily presents and assisting them with jobs as required. The majority of the time, they will provide you with something in exchange, which may occasionally take the form of bells. If it doesn’t work out for you, you may always collect and resell the goods they gift you.

Naturally, they won’t provide you a significant quantity of bells, but the accumulation of all of those small amounts will be significant. On a daily basis, your island will have four new fossils buried at random. The new discoveries could be given to Blathers at the museum, which is the responsible thing to do, but these historical artefacts also bring in a lot of money. The value of each fossil, according to Timmy and Tommy, can range anywhere from one thousand to six thousand bells. It is very likely that you will earn at least 50,000 bells as a result of selling your whole inventory of fossils.

It is highly possible that you will discover a large number of fossils that are identical to those already in the museum’s collection as the collection expands, so you shouldn’t feel too guilty if you choose to sell your discoveries rather than donating them to Blathers.

5. Prioritize Getting A Shovel And Get Digging You won’t have to go through a lot of trouble or time to make a shovel in New Haven, which is fortunate. It’s as easy as waiting a day and getting Blathers to set up shop on your island, which is triggered when you’ve assembled a Flimsy Fishing Rod and a Flimsy Net. After that, all you have to do is wait for the day to pass. After that, all that is required of you is to capture five bugs or fish and deliver them to Tom Nook.

Once acquiring this priceless piece of equipment, you will be able to begin the process of unearthing sought items and planting things that, if you play your cards right, will pay off after some time has passed. You will want to keep an eye out for things like fossils to sell to Timmy at the building that houses Resident Services, and you may also use it to mine precious materials from stone if you so choose.

What should I not sell in Animal Crossing?

Hold On To Your Fossils For A Little While Longer

When sold to the shop, fossils, much as in previous Animal Crossing games, have the potential to swiftly net you a significant amount of bells. On the other hand, it is not recommended that you sell your new fossil right away. If you sell a fossil before it’s been donated, it may be difficult to locate it in the future.

What are perfect fruits in Animal Crossing?

The usual fruit that grows on trees in your village may occasionally be replaced by Perfect Fruit, which is a unique variant of the standard fruit. The fact that the fruit is hard to come by and has a price range that starts at 600 bells and goes up from there is what gives it its high value.

What’s the most expensive item to sell in Animal Crossing?

The Trophy Case is the most valuable item that players may sell in New Horizons. This does not take into consideration the things that can only be crafted with hybrid flowers or other uncommon items.

The top 5 games to play at online casinos