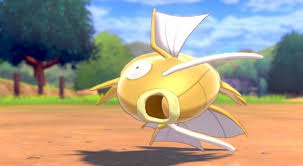 The most recent update to Pokemon GO has included the long-awaited opportunity for trainers to capture the legendary Pokemon Mew; but, doing so will not be an easy feat. In point of fact, in order to find Mew, players are supposed to do a lot of tasks that require a significant amount of time, such as evolving a Magikarp into a Gyarados.

Due to the requirement of collecting 400 Magikarp candies, developing a Magikarp into a Gyarados in Pokemon GO might take a considerable amount of time. There are certain things players may do to speed up the process of adding Mew to their Pokedex, despite the fact that this being one of the challenges that is most likely going to be one of the most difficult ones. The very first thing that gamers ought to do is select Magikarp as their companion Pokemon. It only takes one kilometre of walking with a Magikarp for a player to earn a candy with it, which means that players can rack up a respectable amount of Magikarp candy simply by moving around. Even better, there are a couple of other objectives in the Mew quest that need players to earn candy with their buddy Pokemon, and because Magikarp only needs to walk a short distance, it is also the ideal companion for completing those objectives.

The second piece of advice that players should heed is to play in an area that is as close as possible to a public lake or another body of water. It is significantly more likely for Magikarp to spawn near water due to the fact that it is a Pokemon that is typed after water. Players have the opportunity to receive three Magikarp candies for each Magikarp that they catch. Keep in mind, though, that players can increase the amount of candy they receive from Magikarp catches by a factor of two by first feeding the captured Pokémon a Pinap Berry. Magikarp candy may also be obtained via hatching them out of eggs (players should concentrate on 2km eggs) or by feeding them rare candy, which is typically obtained as a prize for participating in raid battles. Players should make every effort to complete higher level raids if at all possible because these raids produce superior loot, including a greater variety of rare candies, in comparison to lower level raids. As a side note, Magikarp may also be battled in raids, which is something that will prove useful during the lengthy process of evolving it into a Gyarados.

The last piece of advice we have for gathering 400 Magikarp candy as quickly as possible is to farm the Field Research quest to Catch X Number of Pokemon. This will allow you to complete the quest more quickly. If players come across a PokeStop that is offering this quest, they will be able to spin the wheel once every day in order to increase their chances of catching Magikarp. Even while players may occasionally be rewarded with things rather than a Magikarp encounter, the possibility of a Magikarp encounter should not be ignored.

Why does it take 400 candies to evolve Magikarp?

Trainers, on the other hand, tend to ignore it due to the fact that they believe it is incapable of doing anything useful during a fight because of its reputation for flopping around. Brutal. To add insult to injury, Magikarp is the only Pokémon in the game that needs 400 candies to evolve, which is a significant amount more than any of the other Pokémon.

Is there an easier way to evolve Magikarp in Pokemon go?

In general, players should try to enter as many gyms as they can with a Magikarp or Gyarados, and they should try to feed those Pokémon as many berries as they can. As there can only be one of each Pokemon in a gym at any given time, if you are playing the game with a group of friends, make sure that one person puts in a Magikarp and the other person puts in a Gyarados.

What is XL candy for?

In Pokémon Go, XL Candy is a type of resource that, when used, enables you to advance the level of your Pokémon even further than was previously possible. It was introduced accompanied the level cap increase alongside the Go Beyond update and the Season of Celebration. It enables players to raise the CP of a Pokémon beyond the level cap that was initially set at Level 40, all the way up to Level 50.

Why is Swablu 400 candies to evolve?

The 400s Four different types of Pokémon each require a total of 400 candies in order to develop. Magikarp, Swablu, Wailmer, and Meltan are their names, respectively. When it comes to the first two, the reason behind this is most likely due to the fact that their evolved forms, Gyarados and Alteria, are Pokémon that are in high demand.

How to Upgrade Weapons Cyberpunk 2077