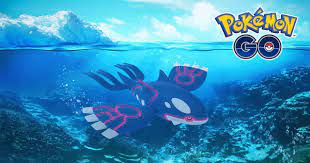 The catchphrase for Pokémon Go is “must catch ’em all,” and this phrase accurately describes a significant portion of what it means to play the game. As you go from place to place, you keep an eye out for Pokémon and do your best to capture them. Everyone of them. Then, of course, there are also Raids to take into consideration! They are more difficult to get, and a few of them are also extremely uncommon. The question now is: how do you catch them?

Read Also: How to Evolve Magneton Into Magnezone in Pokemon Go

This is the fundamental mechanism behind catching Pokémon in Pokémon Go:

1. To capture a Pokémon, you must first tap on it. 2. Hold your breath while the catch screen loads and the Pokémon make their way into view. 3. Keep your finger on the Poké Ball while you do so. 4. Drag the Poké Ball toward the Pokémon that are displayed on the screen.

It will be pulled inside the Poké Ball if you hit the Pokémon and it does not hit the Poké Ball away after you hit it. It will then make an attempt to battle its way out for a couple of shakes after reaching that point. In the event that it is unable to, you will receive a “Gotcha!” notice, and the Pokémon will be yours to keep. If it is resilient enough, though, it will break free of your grasp and either give you another opportunity to capture it or run away.

Is there a way to catch certain Pokémon in Pokémon go?

Using the Nearby screen, which displays the Pokémon that may be found nearby, either in the wild or at Gyms, is one of the most dependable ways to track down a specific Pokémon. This screen shows you which Pokémon can be found in the area. To view which Pokémon are located in the area immediately surrounding your position, you can access this information by tapping the bar in the lower right-hand corner of the Map View.

The proper way to toss a Poké Ball. Simply tap and hold on the Poké Ball, then swipe it in the direction of the Pokémon you want to toss it at. The Pokémon will be struck by the Poké Ball, and if all goes well, the ball will hopefully capture it. To improve your chances of success, direct your throw so that the Poké Ball lands as close to the centre of the coloured circle as is reasonably practicable.

What is the rarest Pokémon in Pokemon Go?

Both Salandit and Salazzle are considered to be among the game’s most elusive Pokémon as of the time this article was written. If you wish to add their entries to your Pokédex, the first step in your journey is to hatch a Salandit from a 12km egg. This is the only way to obtain a Salandit at this time.

Is Charizard rare in Pokémon Go?

They are so uncommon that they are legendary. Within those two classifications, the legendary Pokémon is the most uncommon type of Pokemon in the entire world. In point of fact, there are particular legendary Pokemon that have been concealed on purpose in order to be made available during very momentous occasions within the game. When it comes to Charizard, though, this Pokémon is considered to be of legendary status.

How to Get Keys in Fortnite (Season 4)