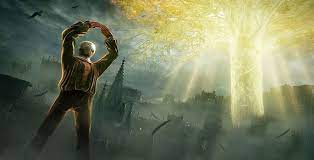 Gestures are a fundamental component of all role-playing games developed by FromSoftware, just like dodge rolls and the message system. After all, if it weren’t for the Praise the Sun emote, where would the Dark Souls community be right now? We can count ourselves fortunate that Gestures have been brought back for Elden Ring, along with a more robust new multiplayer system and an easier way to perform them.

In multiplayer games, players generally interact with one another through the use of gestures, whether they are playing cooperatively or competing against one another. Not only are there a greater number of gestures available in Elden Ring than in any of FromSoftware’s prior games, but acquiring them is also much simpler as a result of the increased number of NPCs that hand them out.

Read Also: How to Upgrade Spirit Ashes in Elden Ring

How to Gesture In Elden Ring

Pressing the Start button will bring up the menu for your player, where you can perform a Gesture. You should notice two different parts on the right-hand side of the screen. The first portion is for the things in your bag, and the second section is for your gestures. You can select which of these six Gestures to carry out by navigating to this area with the D-pad. There are a total of twelve different Gestures. After then, perform the Gesture you’ve chosen by pressing the A button (or the X button). To change a Gesture, choose the one you want to modify and then hit the Y button (or Triangle) to open the customization menu. You will be able to see a visual list of all of the Gestures that have been unlocked for your character here. When you have located the Gesture that you wish to use in lieu of the one that was originally installed, simply press A to select it, and you will then be brought back to the menu.

What Are Gestures In Elden Ring?

Emotes, often known as gestures, are short-lived special animations that can be used in video games. Although they can be utilised almost at any moment in the overworld, most players wait to use them until they join a multiplayer session. The player begins the game with a substantial amount of Gestures, more than in any other game developed by FromSoftware. These Gestures can be slotted and performed at the player’s discretion. They can even be added to messages, which, when viewed by other players, will show a ghostly version of your character performing that particular Emote.

Do gestures do anything in Elden Ring?

Players in Elden Ring have the ability to express themselves through a variety of movements through the use of “gestures,” which are quick character animations. Gestures allow players to connect with other players even when they do not have a voice. The employment of Gestures is not restricted to the multiplayer mode of the game; rather, players are free to employ them in the single-player mode at any moment.

Where do I use the finger snap gesture Elden Ring?

Instructions on How to Use the Snap Gesture in the Elden Ring The Snap Gesture that Merchant Kale gave to you needs to be used in the Mistwood Ruins in order to complete the quest. You’ll discover the ruins in the middle of the Mistwood forest, just off the main route, to the southwest of the Minor Erdtree.

There are currently two spots in Liurnia of the Lakes that the Elden Ring community has found that can be accessed with a gesture. Both of these locations require the Erudition gesture in order to access them, and both of them are located in Liurnia. It should be noted that Elden Ring is not the first game from FromSoftware to hide content behind motions.

How to View Song Lyrics in Spotify on Mobile

How to Get Perfect Animal Pelts in Red Dead Redemption 2

How to Fix Common Formula Errors in Microsoft Excel

How to Use the APA Template in Google Docs