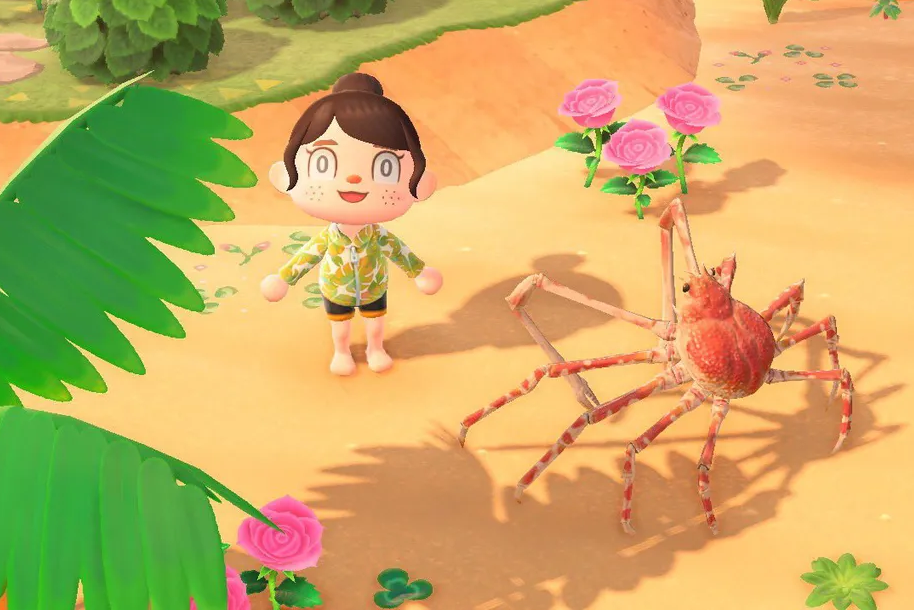 Swimming in open water can be an empowering and soothing experience, especially when one takes the time to appreciate the magnificent creatures that nature has created and how they manifest themselves in the water. This is one of the enjoyable things that players may get up to in Animal Crossing: New Horizons, and it can result in some fantastic possibilities to add to their collection.

Players can collect Deep-Sea Creatures to contribute to the museum by diving when they are swimming in the water; however, this endeavour will take some time to finish in its entirety due to the large diversity of marine life that can be found in New Horizons. Because of its evasive character and its capacity to conceal itself in the sand, the Dungeness Crab is one of the most difficult creatures to capture. Learning about them and the ecosystem in which they live, together with having a bit of luck while diving, is the greatest approach to come across one of these creatures. This is the procedure to follow:

After donning one’s wetsuit, one must first enter the water and navigate to either the northern or southern waters before beginning the diving process. Keep an eye out for shadows that are about the size of a medium-sized human and move at a pace that is somewhere in the middle, as these have the best possibility of being Dungeness Crabs.

Due to the fact that the violet crabs are active throughout the whole day, players are able to continue searching for them without having to worry about running out of either daylight or moonlight. This continuous biological activity will be of even greater assistance in the event that a player has a really bad run of luck with Deep-Sea Creature spawning.

What To Do With A Dungeness Crab After Catching It

Donating specimens to the museum is one way for players to add to the collection and create a “trophy room” of sorts after catching animals such as the Dungeness Crab and countless other species. In the event that you bring in a Dungeness Crab, the director of the museum, Blathers, has the following to say about it.

Blather’s Analysis Of The Dungeness Crab

“The shell of the Dungeness crab has the appearance of a fan and is typically coloured in various shades of purple. Despite having hues that are easy on the eyes, this fellow can be quite difficult to locate! This is due to the fact that the Dungeness crab is quite good at concealing its whereabouts. When it is frightened, it does a clever trick! That is to say, it sinks very quickly into the sand, burying itself completely. “Now you see me, now you don’t,” it says as it disappears right in front of your eyes!”

What is the rarest crab in Animal Crossing?

The Snow Crab is not just one of the most difficult species for players to capture in Animal Crossing: New Horizons, but it is also one of the rarest. It is possible to catch the marine species at any time during the day; yet, due to its rapid bursts of movement, it is extremely challenging to do so.

How do you get crab in ACNH?

The very first thing that gamers are going to have to do is don their swimwear, get their snorkelling gear, and jump right into the middle of the ocean. After reaching that point, the players will have to swim all the way around the ocean in search of a very enormous shadow. Although the presence of a Spider Crab cannot be determined with absolute certainty from the size of its shadow, it is a decent location to begin your search.

How much do Pikes sell for in Animal Crossing?

1,800 Bells
You can get 1,800 Bells for each pike that you sell at Nook’s Cranny, but you’ll get much more money if you sell it to C.J. when he comes to your island. If you wish to complete the collection of your museum, you will also need to give Blathers, who works there, one of these fish as a donation.

Where do crabs spawn in Animal Crossing?

In Animal Crossing: New Horizons, a brand-new animal called the Dungeness crab has been added to the game. It is known as a benthic creature, which indicates that it makes its home at the deepest part of an aquatic environment. In this particular instance, it is located deep within the ocean floor. Because it can only be found at such great depths in the water, the only way to obtain it is to go diving.