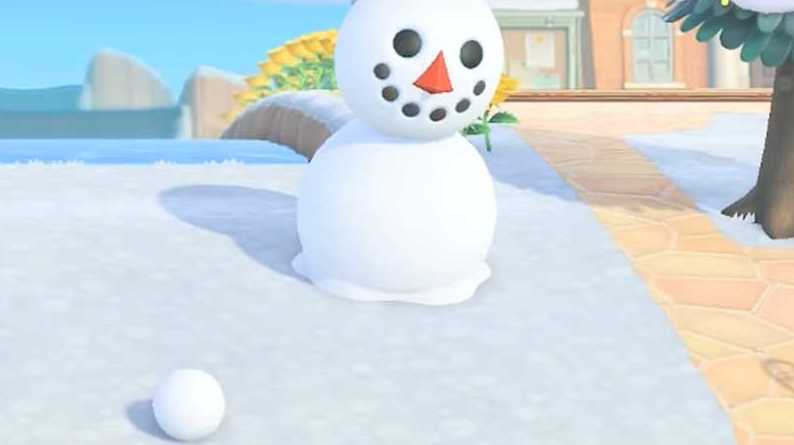 In New Horizons, snowflake season begins when the first layer of snow falls and continues until the snow completely melts at the beginning of spring. The precise timing of this season varies from island to island, depending on which hemisphere the island is located in. During the season of snowflakes, you will be able to gather snowflakes on your island and develop a collection of snowflake DIY recipes, both of which will assist you in giving your home a wintery appearance.

Prepare yourself for some winter-themed fun in Animal Crossing by getting ready for the arrival of huge snowflakes and Snowboys on your island during the Snowflake season. In Animal Crossing: New Horizons, locating snowflakes can be a challenge. This article will walk you through the process.

Read Also: How To Get A Dungeness Crab in Animal Crossing: New Horizons

How to Find Snowflakes in Animal Crossing: New Horizons

You’ll find snowflakes floating over your island in New Horizons, and just like maple leaves and cherry blossom petals, you’ll be able to catch them in your net if you keep an eye out for them.

It is possible that when a snowflake is close by, you will also be able to hear a very faint glittering noise. This will assist you in locating the snowflake so that you can add it to your collection.

Bear in mind that you need to exercise extreme caution when attempting to collect snowflakes since, much like the other floatable seasonal goods, snowflakes will disappear if you accidentally run into them or miss them an excessive number of times with your net.

In addition to that, there is a Nook Miles Plus job that requires you to gather three snowflakes in order to receive a reward of at least 200 Nook Miles points.

You will have more than enough time to acquire this holiday-themed goods thanks to the fact that snowflakes will be available for at least a couple of months.

In the universe of New Horizons, there are in point of fact two varieties of snowflakes: regular snowflakes and enormous snowflakes. Large snowflakes, which are different from the ordinary kind of snowflakes that may be found drifting around your island, do not exist.

Instead, you will need to construct a Snowboy that is flawless, and once you have done so, you will be rewarded with a giant snowflake for your efforts. After then, the ideal Snowboy will proceed to bestow onto you a giant snowflake once every four days for the duration of its existence.

When can you catch snowflakes in Animal Crossing?

winter
There are things in Animal Crossing called snowflakes. The video games New Leaf and Animal Crossing are: New Horizons that are able to be discovered at random during the wintertime, when the ground is covered in snow. They move through the air like butterflies, softly flitting from place to place. They can be taken in by use of a net.

Do you only get 2 snowballs a day ACNH?

Each day that your island is blanketed in snow, two Snowballs will materialise in an open area at a random distance from one another but still somewhat near together. It is possible that Snowballs will not be able to spawn on an island if there are no free places on the island; in this case, you will need to take down some decorations.

What day does the snow go away in ACNH?

The Animal Crossing video game series features a season called Winter, which begins on November 26 and continues until February 24. On New Horizons, the winter season begins on May 26 and lasts until August 24. This occurs in the Southern Hemisphere. The majority of the winter season is characterised by cold, gloomy, and snowy days.

What is a perfect fruit in Animal Crossing?

What Exactly Is the Ideal Fruit? The usual fruit that grows on trees in your village may occasionally be replaced by Perfect Fruit, which is a unique variant of the standard fruit. The fact that the fruit is hard to come by and has a price range that starts at 600 bells and goes up from there is what gives it its high value.

How do you roll a perfect snowboy?

Instructions on how to create the ideal Snowboy. Find a clear spot on your island and bring both of your snowballs there. To determine how high your character’s eyes are from the snow’s surface, roll one snowball back and forth until it reaches that height. To get your Snowboy to the location you want him to be, roll this enormous snowball there.

How to Sit Down on the Ground in Animal Crossing: New Horizons