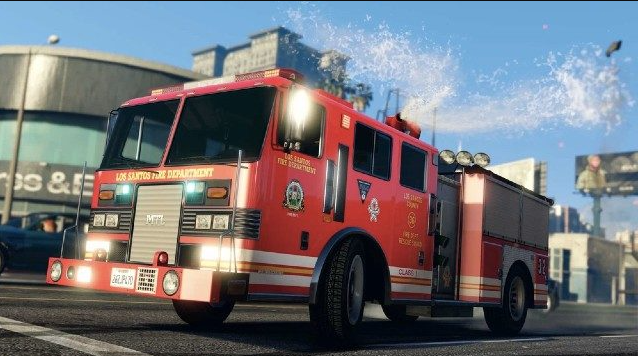 In Grand Theft Auto V, a fire truck is not always the most powerful vehicle, but it is certainly one of the most recognizable vehicles in the game. The “fire truck approach” that is utilised in the mission known as “The Bureau Raid” was inspired by Mission: Impossible. Just as Ethan Hunt and his associates were breaking into the CIA, Michael and his team were able to successfully escape the building.

The fact that the fire truck in GTA 5 includes a water cannon makes driving it a somewhat more thrilling alternative than taking a regular police car in the game. On the other hand, stealing a police car in the game might not be as exciting as driving the fire truck. You’ve come to the right place if you’ve been looking for details on how to get a fire truck in Grand Theft Auto 5, since they can all be found here. In this guide for Grand Theft Auto 5, we’ll take you to all of the places in the game where you may find the intimidating firefighting vehicles.

In Grand Theft Auto V, you can summon a fire engine to arrive at your location by following these steps: In order to access the many emergency services that are offered, it is essential to be located in close proximity to major routes. In addition to this, you should set a fire in order to divert the attention of the non-player characters who are attempting to put out the fire.

If you decide to use this fire engine to complete the mission for The Bureau Raid, the next stage will be to drive the vehicle to a garment factory that has been marked on the map. This location will be revealed to you once you complete the previous phase. The completion of the objective will be counted here at this place.

In Grand Theft Auto V, where can I find the fire station?

There are six fire stations in GTA V: Fight Fire With a Fire Truck

Fans can spend a lot of time having fun with these massive red trucks in GTA 5, doing things like spraying down non-player characters and seeing them roll over after being hit by the high-pressure H20 Cannon from the hose.

Outside of a single story task, players won’t have the opportunity to take on the role of a firefighter in Grand Theft Auto 5. However, if they so want, they are able to quickly join a GTA 5 Roleplaying server and engage in online battles with other players.