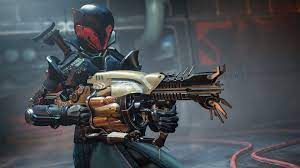 The gameplay of Destiny is praised for its silkiness, and the game’s lore and stories are praised for their depth. However, it is not as well-known for its extensive collection of firearms and other types of weapons. There are hundreds of various weapons in Destiny 2, each of which can be found in one of four distinct categories determined by how uncommon they are: common, rare, legendary, or exotic. The least uncommon sort of weapon you may get in the game is known as common, while the most uncommon type of weapon you can get is known as exotic.

The game’s exotic weapons are difficult to acquire and each one offers a different set of benefits that players can take advantage of. For instance, the notorious Thunderlord rains down lightning bolts on his foes whenever they come into contact with him. The guns differ not only in terms of their power but also in terms of their monetary value. It is generally agreed that the Anarchy, an exotic grenade launcher that was first featured in the Forsaken expansion, is one of the most powerful and greatest exotics currently available. In this Destiny Guide, we will explain how to acquire Anarchy in Destiny 2 so keep reading!

Read Also: How To Get The Come To Pass Auto Rifle Pattern In Destiny 2 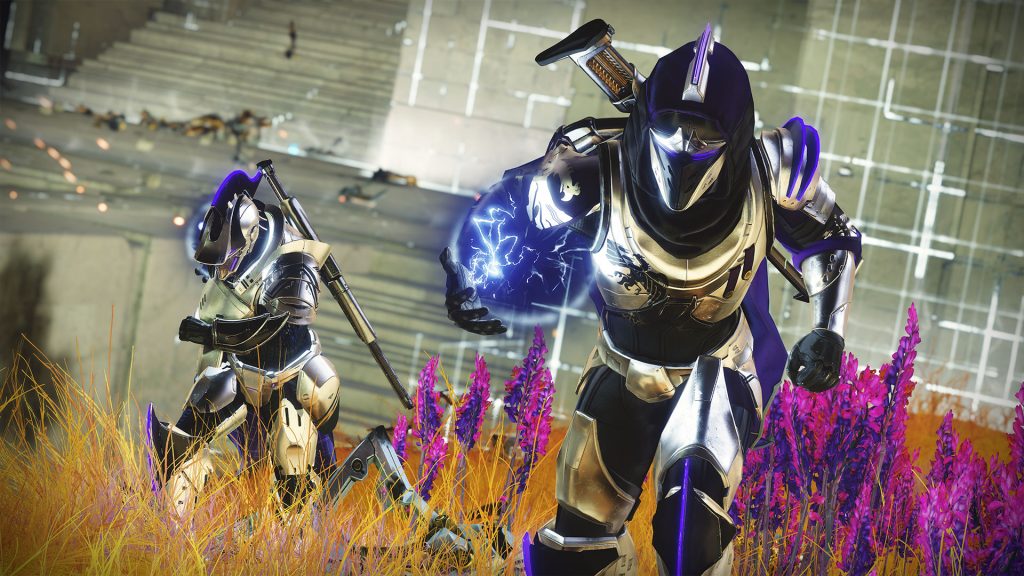 With the release of the Forsaken expansion, the game received a new exotic heavy grenade launcher known as the Anarchy. Because of its one-of-a-kind ability to attach grenades to walls and create a chain reaction of lightning between them, this weapon is the most effective grenade launcher in the game.

Therefore, the machine serves as both the PVP and PVE weapon. The Anarchy has the greatest damage per second (DPS) of any heavy weapon when used against monsters. It is ideally suited for finishing raids and other high-end game content like as dungeons because of its particular bonus.

If you are familiar with the legendary Gjallarhorn, which was introduced in the first Destiny game, then you should know that its successor, Anarchy, is rapidly becoming the game’s new meta.

How to Get Anarchy in Destiny 2 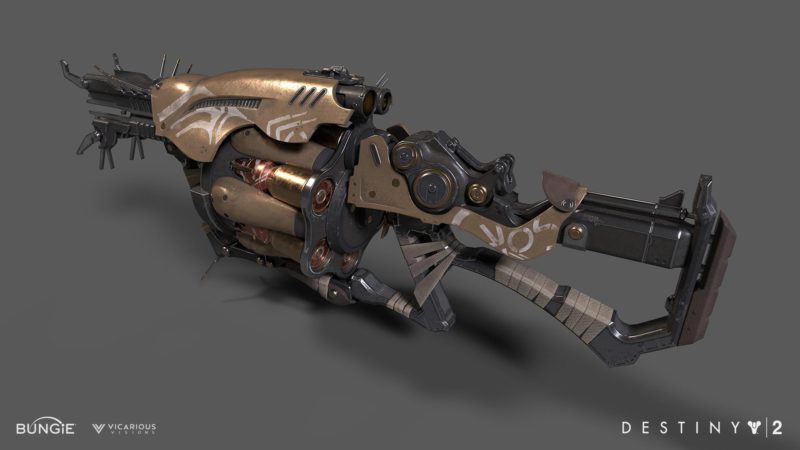 You can get Anarchy in the game through a variety of different means. To begin, the weapon can be acquired by interacting with something that is known as the Monument of the Lost Light. You’ll find this monument inside the tower, and you can use it to make expensive purchases of unusual weaponry there.

In order to purchase anarchy, you will need an exotic cypher, which can be acquired in a variety of ways, including through completing triumphs or becoming a Xur agent of the nine. In a similar fashion, you will require 150,000 glimmer, 2 ascendant shards, and lastly 240 spoils of conquest, all of which may be acquired by participating in raids such as deep stone crypt. You will be able to buy Anarchy after you have all of these items in your possession.

Second, you can acquire the weapon by picking up an exotic engram at a random drop location. These can be acquired by completing nightfalls and vanguard strikes, as well as through the use of the Crucible and the Season Pass. However, the likelihood of Anarchy being eliminated through these ways is quite low. 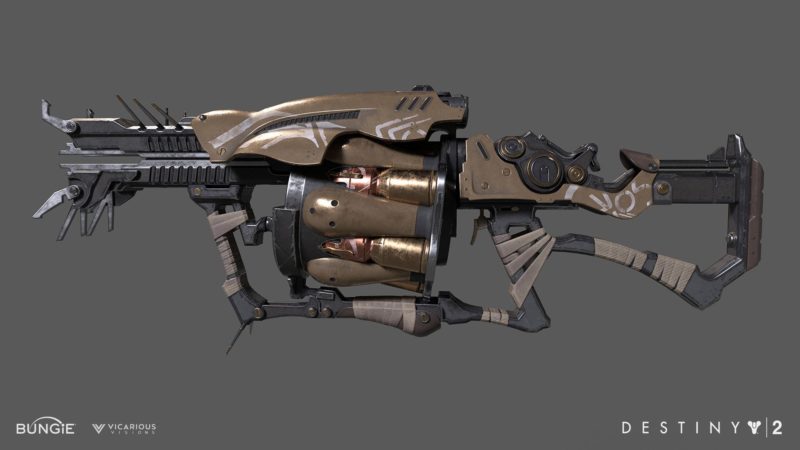 Thirdly, Anarchy can be acquired through completing raids and opening the last raid chest in each of those raids. Depending on the number of times you have successfully performed the raid in question, the probability of obtaining the weapon ranges anywhere from 10 to 50 percent. The greater the number of times that the raid has been cleared, the greater the likelihood that a weapon will drop. This strategy takes far more time than the others, but it is worthwhile to attempt if you have a dependable fireteam that is also skilled.

Lastly, you had the opportunity to acquire Anarchy if you had successfully completed the Scourge of the Past raid. This raid was added after the Shadowkeep expansion was already installed, and it took place inside of the final city. However, the raid was taken out of service a year ago due to unfortunate circumstances.

Why Should I Get Anarchy?

As previously mentioned, the Anarchy is one of the most effective firearms in the game. Its extremely high damage per second (DPS) both against opponents and other players makes it an essential purchase. If you are able to get your hands on the rifle, it is recommended that you use it in an arc class build so that you can take use of the arc damage.

In a same vein, complementing the Titan’s weaponry with exotic armour like Dunemarches is another smart option. It is essential to make effective use of the chain lightning it provides. By doing so, this pistol becomes an extremely dangerous foe in both the PVE and PVP game modes. The weapon will make it much simpler for you to complete high-level content such as raids, and it will position you as a formidable opponent in PvP combat when used in the Crucible. 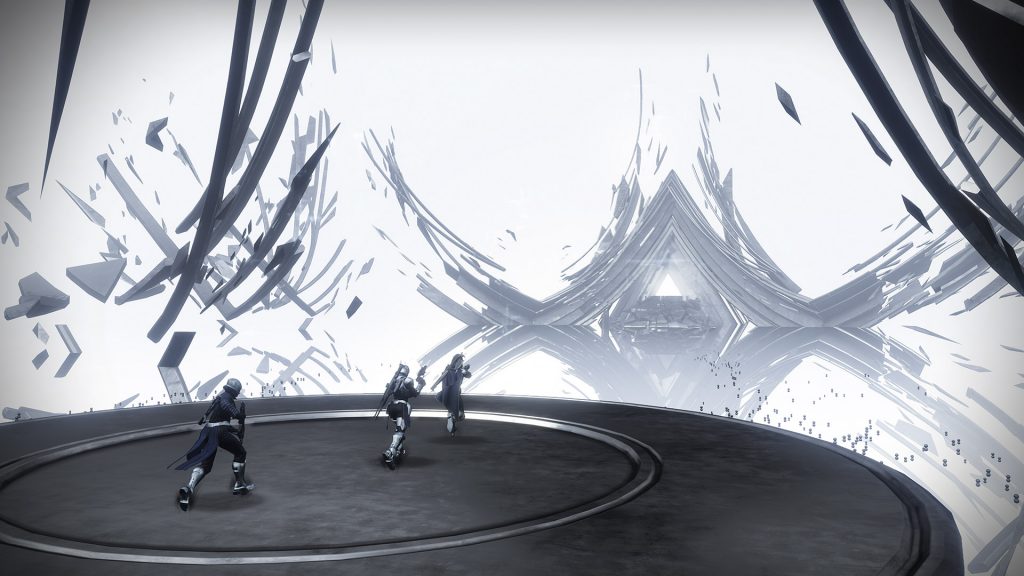 Can you still get Anarchy in Destiny 2?

These can be acquired by completing nightfalls and vanguard strikes, as well as through the use of the Crucible and the Season Pass. However, the likelihood of Anarchy being eliminated through these ways is quite low. Thirdly, Anarchy can be acquired through completing raids and opening the last raid chest in each of those raids.

What are the chances of getting Anarchy in Destiny 2?

Rate of Dropping Anarchy in Destiny 2

The initial drop rate for Anarchy is somewhere around 10 percent, and it increases by 2 percent with each clear after that. After 20 clears, the drop rate can reach up to 50 percent. Additionally, the guarantee does not apply to this unusual grenade launcher.

On the other hand, Scourge of the Past was taken out of the game after the release of Destiny 2: Beyond Light. This means that the Monument to Lost Light kiosk in the Tower is now the sole location from which one can purchase Anarchy. In order to gain access to this very potent Exotic Grenade Launcher, you will need to pay 240 Spoils of Conquest.

Where can I farm Anarchy Destiny 2?

After fighting the Insurrection Prime, the last boss of Kell’s Scourge, the only place you can obtain an Anarchy is from the final confrontation. This encounter requires a little of cooperation on your part, and there are several tips available on the internet that explain how to complete it.

What raids are left in Destiny 2?

There are now four raids available in Destiny 2, and they are referred to as Last Wish, Garden of Salvation, Deep Stone Crypt, and Vault of Glass. The only raid that drops gear with a high enough gear score to level players up is the most recent one, which is a replay of the Vault of Glass raid.

The Anarchy used to be obtainable through raiding.

There was a time when the only method to get Anarchy was to complete the Scourge of the Past raid in Destiny 2 and hope for a random drop. It was notoriously tough to get a hold of the weapon. People would run Scourge dozens of times, yet they would always come away with nothing.

How Much Storage Does The PS5 Have?

How to Reopen a Closed Tab in Google Chrome