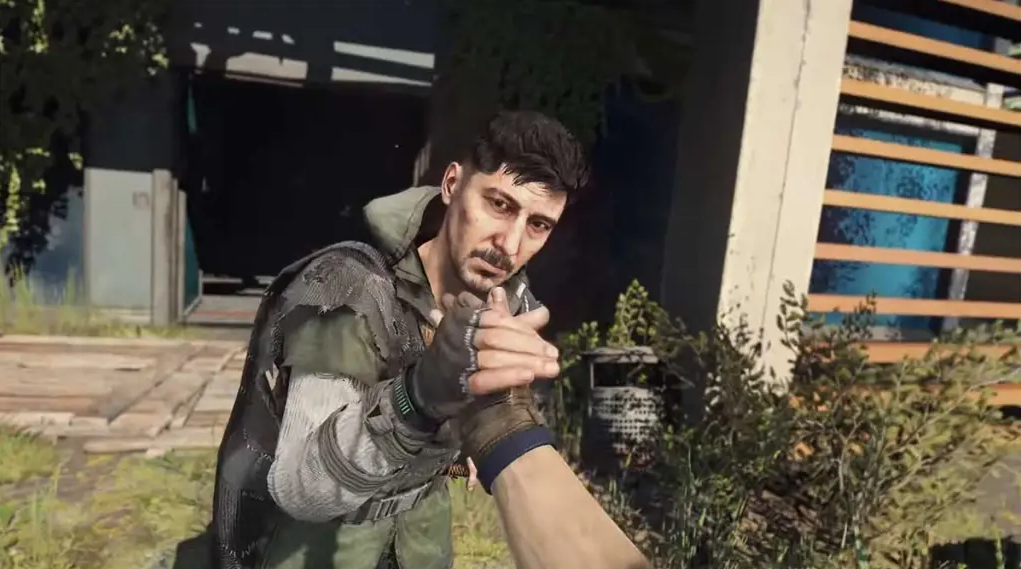 Read Also: How to Get Military Tech in Dying Light 2

You will be able to enter the tower that contains the weapon’s blueprint if you have completed the main plot task Broadcast in Dying Light 2. You must travel to the PK Outpost and take the elevator all the way to the top of the VNC Tower. When you reach the pinnacle, look to the southwest for a second enormous white tower with a military drop on it. You won’t miss the parachute dangling off the nook, that’s for sure. Fly your paraglider up to that tower, and look for the electrical box there. Get a hold of the cable that is exiting the box, as you may need to connect it afterwards. To reach the wooden plank that protrudes from the ceiling, you should turn around and walk. After going down those four floors, you will finally reach the electrical socket where you may plug in the cord. Get a hold of the second cord that’s on the opposite side of the room, and then descend an additional four stories. Don’t forget to grab the third and final cord when you’ve finished plugging in the new cord. Take this one outdoors and keep going left from there. In order to safely reach the grassy region below, you will need to make use of the Grappling Hook that you obtained from the Broadcast objective in Dying Light 2. To continue, turn to your right and repeat the previous step. To reach the final exit, simply turn left at this intersection. Connect the connection, and talk to the control console about the security system. By doing this, the double doors will open, and a bomber will be released. Take care of it, then proceed into the flat. After entering the house, turn straight into the bedroom and wait on the bed that has teddy bears on it. There will be a burst of lightning, and additional bears will arrive. When all of the teddy bears have been discovered, the Techland poster that is now hanging on the wall will transform into its previous logo.

You will now be able to obtain the blueprint for The Left Finger of gloVa that has suddenly appeared on the poster. After you have crafted it utilizing 369 different pieces of scrap, you can now use this Dying Light 2 weapon. You will need to construct a new one as soon as the current one runs out of ammunition.

Does Left Finger of gloVa run out of ammo?

You will now be able to obtain the blueprint for The Left Finger of gloVa that has suddenly appeared on the poster. After you have crafted it utilising 369 different pieces of scrap, you can now use this Dying Light 2 weapon. You will need to construct a new one as soon as the current one runs out of ammunition.

The PK Crossbow is, without a shadow of a doubt, the most effective weapon in Dying Light 2. It is, in point of fact, the most powerful weapon in the entire game! Unfortunately, players who choose the Peacekeeper path are the only ones who can use the PK Crossbow, despite all the glory it bestows upon them.

What does the right hand of gloVa do?

As tossed, it behaves in an unpredictable manner when it bounces. only inflicts damage on hostiles; it has no effect on the user or any friendly targets. Viable in close quarters.

Does the Left Finger of gloVa have infinite durability?

Because of this, you will effectively have access to a limitless supply of free repairs and an infinite supply of weapon durability, both of which are incredibly beneficial for the endgame and for co-op play. Without a doubt, one of the most useful tools in the game. In Dying Light 2: Stay Human, that concludes everything that needs to be done to acquire the Korek Weapon Charm as well as the Secret Left Finger of gloVa Blueprint.

Where is the PK Crossbow?

After supplying the Peacekeepers with four different facilities, one is rewarded with the PK Crossbow. In addition to the actual Crossbow, the plans for the bolts themselves are also acquired. The PK Crossbow, in contrast to the majority of the game’s other weapons, does not have levels; rather, its damage is proportional to the player’s level.

How to Install and Activate fuboTV on Samsung Smart TV