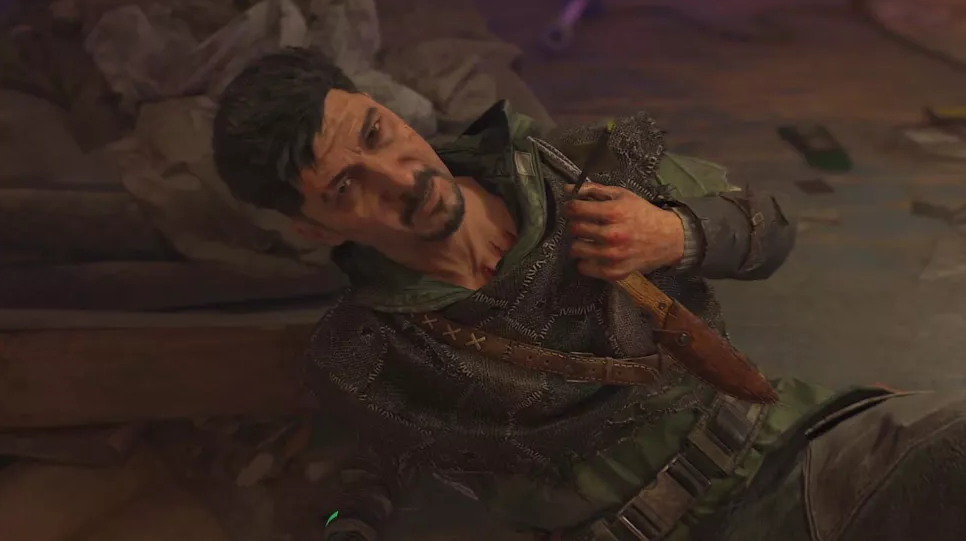 After being struck by a crossbow bolt, players will have the option in the “Revolution” mission of Dying Light 2 to either save Hakon or let him perish. It’s remarkable how early in the main story it is, considering that it’s one of the most important choices you’ll have to make during the entire game. In Dying Light 2, the outcome of the story campaign is strongly impacted by whether or not players choose to save Hakon. Players will be required to make a decision in order to obtain the greatest potential ending. When Hakon admits that he was the one who killed Lucas, the players may experience a sense of betrayal; yet, it is likely that they will wish to assist Hakon in any way possible and keep him alive. In Dying Light 2, here is how to both rescue and eliminate Hakon. So let’s get started:

Read Also: How to Heal and Increase your Health in Dying Light 2

The players will be given a new quest to find the crossbow sniper who just shot Hakon if they want to keep Hakon alive. This objective will need them to locate the person who shot Hakon. It’s a fun parkour mission where players have to get closer to a sniper so they can scale an old factory, but the sniper keeps firing at them the whole time. Once players have reached the sniper, they will be introduced to Lawan, another key character in the game. Lawan is the guy who will ultimately provide players with the paraglider that is included in Dying Light 2 at some point in the game.

Aiden gives Hakon instructions not to get in touch with him when the job is over and then moves on to the Central Loop. Hakon, on the other hand, is being coerced by Waltz into interfering with Aiden, and he quickly finds himself in danger once more. Players will now have the option of either letting Hakon live or letting Lawan take his life.

It is possible for players to get the most satisfying conclusion to the story if they choose to spare Hakon’s life by pleading with Lawan not to kill him. During the final task of the game, Lawan makes the selfless offer to blow herself up in order to save the city from being destroyed by a missile attack and instead detonate bombs in the areas where the missiles are stationed. Players who chose to let Hakon live in Dying Light 2 earlier and chose to let Lawan detonate herself will really accomplish the game’s perfect ending, in which Hakon saves Lawan off-screen while the bombs explode. This ending is only available to players who choose to let Lawan detonate herself. Lawan eventually catches up with Aiden and departs with him from the city.

If the players decide to have Lawan kill Hakon while he is attempting to acquire the GRE key, Lawan will confess that even though she has had her retribution, she does not feel fulfilled by it. She will then give her life as a sacrifice at the end of the game unless players opt to go and save her, in which case they will sacrifice the entire city. She will then die.

Is there a way to not kill Hakon Dying Light 2?

If you decide to end the combat, Hakon will retreat from the confrontation. This will only take place if you helped him after Lawan shot him in Old Villedor and didn’t just leave him there to die. Should you decide to keep fighting, Hakon will be the one to pay the price for your actions. For good.

Should I fight Hakon or not Dying Light 2?

Let’s Not Get Into a Fight

Hakon will pay attention to what you have to say and then sit down. However, even if you did leave him to die in Old Villedor after Lawan shot him, he will still fight you. He will do this even if you have other people with you. In the event that he chooses to retreat, Lawan will enter the church not long afterward and make Hakon his target. Another choice that will affect the tale will be presented to you at this point.

Why does Hakon betray you?

Hakon was a trustworthy member of the team, but he betrayed Frank after being forced by Waltz to either retract his statement or watch Waltz murder Lawan.

Can you get the good ending if Hakon dies?

Hakon. You will have to decide whether or not to take Hakon’s life on multiple occasions, and one of the options you have is whether or not to spare his life. You’ll need him to still be alive after the game is over in order to get the best possible ending.

What is the best ending in dl2?

The ideal conclusion will depend on your objectives for the city, but there is one that will satisfy the majority of its inhabitants. The city is not hit by the missiles, Frank survives, Hakon is still alive, and Lawan, relieved of the responsibility of exacting revenge, leaves the city with Aiden.

When Aiden eventually locates Waltz inside the facility, he will discover the truth for the first time: Mia is still alive, but she is not his sister; rather, she is Waltz’s daughter.