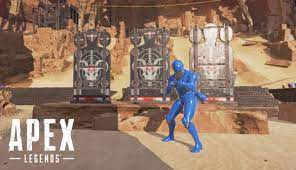 Apex Legends is a battle royale game that is played online with other players and has a variety of unique features. This title, which is a free-to-play game produced by Respawn Entertainment, was able to make an effect on the gaming community almost immediately after the game’s successful launch. Recent announcements from Respawn Entertainment indicate that the game has reached and exceeded the milestone of one hundred million total gamers.

Apex Legends is set in the same fictional universe as Respawn Entertainment’s Titanfall video game series, and players will recognise a number of weaponry, people, and artificial equipment from Titanfall that have been incorporated into the game.

This fast-paced shooter game provides gamers with the precise excitement they are looking for while participating in an action-packed battle royale mode. Sometimes, players find themselves in difficult situations and are forced to engage in fighting that causes them to sweat and feel nervous. Furthermore, inexperienced players may find this game difficult to play because it requires players to keep up with the speed, which is particularly difficult in chaotic scenarios.

Apex Legends is without a doubt one of the most competitive games in the gaming business, as evidenced by the increasing number of players who are participating in it. Prior to jumping in and getting annihilated, let us all have a look at some tips that will help us become Apex Legends professionals.

Read Also: How To Switch Weapons In Apex Legends

How To Get Better At Apex Legends

Battle royale games are a relatively new form of gaming, and people that have been playing games like as Apex legends for a long period of time appear to be experiencing the same type of difficulty. Essentially, most players’ abilities progress to a certain level before reaching a point of plateau.

Whatever your skill level is, or whether you’re a newcomer just getting started in the world of Apex Legends, these tips will ensure that you always stay one step ahead of your opponents. 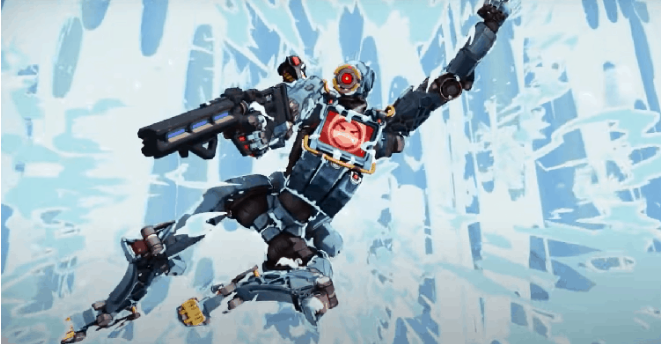 1. Close the Doors Behind You

The failure to close the door has been a common occurrence among a large number of participants. Consequently, players expose themselves to the chance of being ambushed by enabling opponents to gain entry into their base of operations.

Simple adherence to the general rule of always locking doors behind you can provide players with the brief breathing space they require to use a syringe or remain undiscovered while looting. If, on the other hand, players find themselves on the other side of the door, they should refrain from knocking on the door.

Kicking open doors will provide the enemy players with just the appropriate amount of time to take you out with a single bullet. In this case, all you have to do is hit the open door button once. Whenever the adversary moves back even a small amount, the door will crack open, providing your team the benefit of being on the offensive.

The universe of Apex Legends is loaded with a myriad of weaponry from which gamers can pick to equip themselves in battle. During a gunfight, players can only have two weapons equipped at a moment, and using a weapon that they are comfortable with will offer them a tiny advantage.

The R-99, a submachine gun, and the Peacekeeper, a shotgun, are widely considered to be the best short-range weapons in the game by the majority of players. When used in close combat conditions, both of these weapons deal massive amounts of damage and are extremely fatal.

Do not forget the Wingman, the G-7 Scout, and the R-301, to name a few. When it comes to long-range shooting, these firearms are typically the most effective. With negligible recoil, even while knocking out opponents from a distance, the R-301 is one of the most reliable weapons on the market. The Wingman and the G-7 Scout are both clinical heavy hitters who are capable of destroying your opponents’ lives and property.

In order to determine the weapons that best suit their playing style, players need take advantage of the firing range and train with each weapon. However, avoid becoming too familiar with a single weapon, as the chances of picking up the same prize in every match are quite tiny. Shooting aficionados should ideally practice with all of their guns, so that they are prepared for every eventuality that may arise throughout the course of the game.

Inexperienced players frequently make the mistake of applying heals quickly after ending a battle. A syringe takes five seconds to use, however a shield cell just takes three seconds to utilize. It takes only two seconds for another squad to sneak up on you and take advantage of your lack of preparedness. Players must remember to switch their armour with a full armour from a nearby death box on a regular basis in order to prevent finding themselves in this scenario.

If the players have swapped their shields in the event of an ambush, they will be able to continue fighting without the need to restore their health. If an opponent does not appear, players should remove their armour from the death box and place their shields on their shoulders.

4. It Pays to Be Aggressive

Get into more bouts to develop your abilities because that is the only way to secure victory in the final ring in which you will compete. Even if players stay away from other teams for the entirety of the game, the outcome will ultimately come down to the players’ combat abilities. As strange as it may sound, participants should play the game in order to battle, with winning as a secondary goal.

Even while this is not solely for practice purposes, players who are bold and fight battles when they have a clear advantage are rewarded for their efforts. Combating foes while you’re already in a jam improves your ability to function under pressure and, more significantly, your ability to think on your feet, which is a valuable asset in any situation.

To put it another way, only the most skilled players will be able to emerge victorious from the competition. As a result, by adopting an aggressive playing style and participating in gunfights, players can get valuable experience and go further in Apex Legends.

5. Always Stick to Your Squad

Putting everything else aside, gamers should keep in mind that Apex Legends is a cooperative game. If you want to improve your game, effective communication and mutual trust with your colleagues are essential skills.

Gaming fans must remember to always participate in a teammate’s game, even if they disagree with the decision. This will almost always result in a better outcome than ditching the squad and going it alone.

No matter how excellent of an apex player a person becomes, there is always room for further development and progress. Recognizing your areas of weakness and dedicating your time and effort into resolving them is the most effective method of improving your overall game.

How To Unlock New Legends In Apex Legends

What Titan Blood Does And How To Use It in Hades