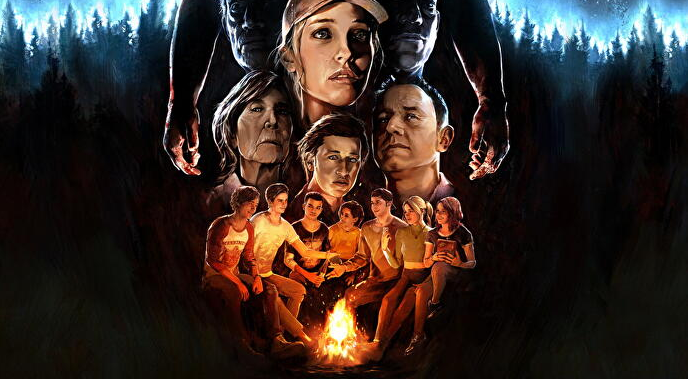 In The Quarry, there are multiple possible endings, and one of them may be accessed by infecting every single character in the game. Fans who have already finished The Quarry are aware that, throughout each and every playthrough of the game, a series of werewolf assaults infect a handful of camp counsellors, regardless of the choices that the player makes during each chapter. In a similar vein, the only method to save individuals who have already transformed into werewolves is to either kill the beast that infected the character personally or kill the werewolf that grandfathered in the wolf’s blood. Neither of these options is a viable option. This guide will walk you through the steps required to infect Emma and Kaitlyn when you are in The Quarry. So let’s get started:

Read Also: How to Kill or Save Chris in The Quarry

Either Chapter 4 or Chapter 6 might be the one in which Emma becomes infected. The decision to infect Emma will result in one of the finest (or worse) endings in The Quarry, regardless of whatever chapter players choose as the point at which to do so. This is true regardless of the chapter players choose to infect Emma in. In Chapter 4, you must first complete all of the Quick Time Events (QTEs) until Emma comes to the treehouse, and then choose the option to Block the Door. Next, select the Trap Door and finish the first Quick Time Event (QTE) with a success, but then fail the following one. After that, complete the subsequent Quick Time Event successfully, but then fail the Smash Quick Time Event so that the werewolf can bite her leg. Complete the next Quick Time Event successfully to ensure her survival.

In order for Emma to become infected in Chapter 6, you must ensure that she does not pick up any of the excess fireworks that are lying around the firepit. After that, proceed further into the woods until Emma approaches the hunters, who are conversing about the captured werewolf. If you choose the option that allows Emma to run when the hunters become distracted, the second werewolf that has been hiding in the woods will attack her and bite her leg. The game will end at this point.

The first choice that players will need to make if they want to infect Kaitlyn is whether or not to have Dylan warn her from the crane that something is coming closer to where they are currently located. Kaitlyn will then hide in the car so the werewolf doesn’t murder her in The Quarry, but it will jump on top of the car anyhow. If you choose to smash the automobile, Dylan will try to save Kaitlyn by shaking the car with the crane, but she will fall out of the car and land on a pile of tyres if you choose to slam the car. This will attract the attention of the werewolf, and as it comes closer to Kaitlyn, you need make sure to fail the smash quick-time event that appears. Dylan will end up failing to dump the automobile, resulting in Kaitlyn being infected by the werewolf.

Can you stop Nick from getting infected in The Quarry?

It is, however, absolutely possible for Nick to be saved and, in the end, healed of the werewolf curse if he makes the appropriate choices and actions throughout each Chapter of The Quarry. This is the case for all of the characters in the story.

What happens if you cut Dylan’s hand off?

Ryan is advised by Dylan, who is in a desperate situation, to slash his hand since the infection is developing too quickly. Choose the DESPERATE conversation option, then select the CHAINSAW weapon to chop the hand. Achievement known as “Just a Flesh Wound” will be awarded to players once the hand has been cut.

Do you have to cut off Dylan’s hand?

It will be up to you to decide whether or not you wish to amputate his hand in order to put an end to the infection. When you are urged to sever Dylan’s hand in order to save his life after he has been bitten, make sure that you select the “Desperate” option when you are given the choice. Additionally, the achievement known as “Just a Flesh Wound” will be awarded to you.

What is the best ending of The Quarry?

There is no single, definitive conclusion to reach in The Quarry; rather, the game encourages players to experiment with a variety of paths and outcomes across multiple playthroughs in an effort to uncover as many of the game’s 186 different possible conclusions as they can. The consensus among members of the community is that there is neither a positive nor a negative conclusion to “The Quarry.”

Can you save Silas The Quarry?

Don’t shoot Silas with Laura in the final chapter when you’re in his lair. This will save Silas’ life. The consequences of this action are that Travis, Laura, and Ryan all perish, and the illness continues to spread throughout Hackett’s Quarry. You will not be able to achieve the finest possible “Rough Night” ending if you choose to save him.