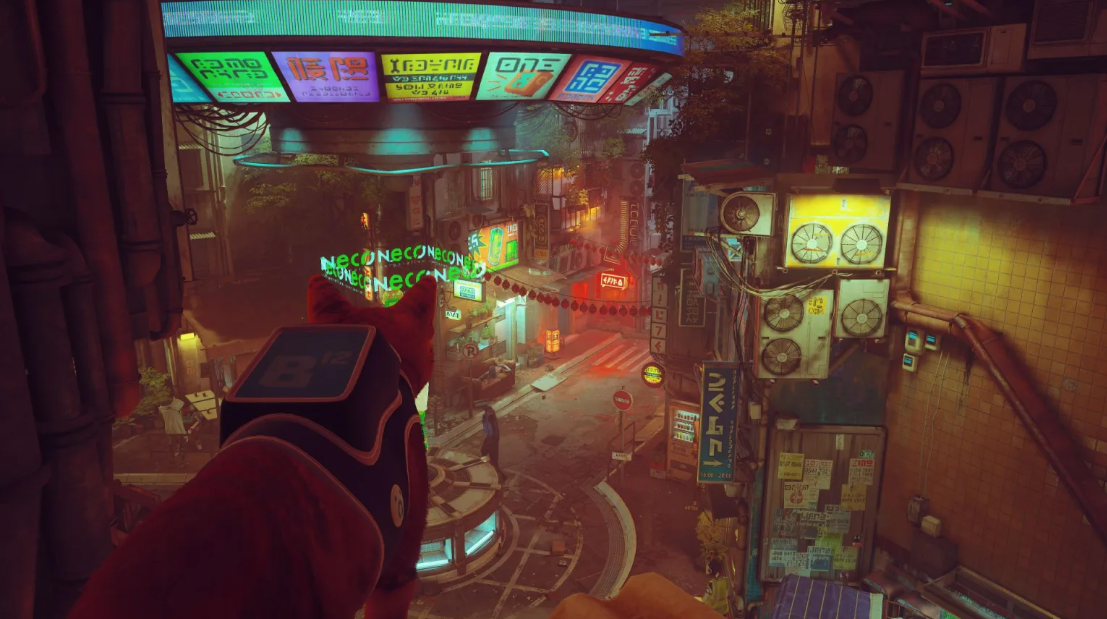 Traditional currencies like as the dollar and the yen are utterly worthless in Stray, much like they are in a lot of other video games that take place in a gloomy, post-apocalyptic future. Instead of traditional currency, the game makes use of cans of energy drink, which can be exchanged for unique things at a market located in the slums. However, it is not immediately evident how to get energy drink cans in Stray, which is a really unfortunate situation. This post will walk you through the process of purchasing energy drinks in Stray.

The huge region in which you initially encounter the Guardian dressed in a crimson robe will serve as our starting point for our adventure. If there is an abundance of light and some trees in the immediate area, then you are in the correct location. Going left toward the elevator as you face the Guardian will bring you to the first vending machine, which is against the wall opposite of a robot musician. Move closer to it and push the button that corresponds with it so that the energy drink number 1 will fall to the ground where you can pick it up. Now turn around so that you are facing away from the Guardian and head back to the place where we started. Take the stairs down in front of you, and then turn right into the alley. Continue to follow it until you reach the far rear wall, where you will locate the vending machine with energy drink number 2. You’ll find a robot sitting against the wall and watching television if you head back to the area where the second energy drink is, descend the stairs on the left, then make two more left turns from there. You can get energy drink number 3 from the vending machine that is located above the robot if you climb the stairs that are nearby, turn around, and then face the robot once more. You will see that the machine is directly above him. Last but not least, navigate your way to the roofs and work to go to the highest point you can find there. From there, look for a home near the back of the Slums that has a couch and television perched above it. There is an energy drink number 4 inside the vending machine that is located against that house. How many energy drinks can you find in Stray?

Four energy drinks
The Slums of Stray contain a total of four different energy drinks, each of which may be acquired by interacting with one of the many vending machines that are tucked away in the complex network of alleyways.

What is the code for safe in Stray?

Head on over to Dufer, scramble up to the top of the bar, and turn your gaze to the room’s left side. After that, you’ll come across an artwork that you have the ability to destroy. You’ll find the combination to the safe, which is 1283, hidden behind the picture.

Who is the poncho for Stray?

During your time spent playing Stray, you will come into contact with a number of important individuals, including Elliot. The plot of Stray will eventually lead you to a point where the robot Elliot needs to be warmed up, and you will be responsible for providing him with a poncho to do so. Once Elliot has put on the Poncho, he will, fortunately, be more than eager to assist you in repairing the Broken Tracker.