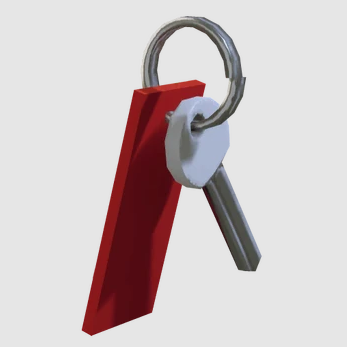 Stray has twelve action-packed segments that follow a stray cat as it explores the city of Cybercity. The objective of the game is to make it to the Outside with the assistance of a number of people from the Outside (Robots). As the events of Chapter 11 Jail come to a close, you will move closer to escaping from the prison and entering the outside world. To accomplish this, you will need to board a subway train and travel to the location in question. Even if you had all of the components, it wouldn’t begin immediately even if you were ready to go. Therefore, in order to start the train in Stray, here is our walkthrough on how to use a Subway key.

In order to get the Subway key to work, you are going to require both the Atomic Battery and the Subway key. Even though you earn these as you make progress through the chapters, there is still confusion among some players over when they should utilise them. Therefore, to get the train moving, carry out the tasks in the following order: 1. After Clementine has handed you the key, head down the stairs to investigate the subway. Clementine will be waiting for you there.

2. Following your entry through the door into the subway station, you should immediately turn to the right and head down the steps that are directly in front of you.

3. Following the path of the power cable will lead you to the control panel, which you will need to locate as you make your way down. This control panel is responsible for providing the subway system as a whole with electrical power. 4. Therefore, strike up a discussion and put the atomic battery to use so that the subway train can be powered up.

5. You need to make your way back to the Subway now that it has been completely charged, therefore you should go up the stairs to get there.

6. To start your trip, you will need to go to the front of the train and turn on the subway key.

What do I do with the subway key in Stray?

One of the items that can be found in Stray is a key to the subway. When the Cat and Clementine finally make it to the Midtown Subway Station at the end of Chapter 11: Jail, Clementine will hand the Subway key to the Cat. The key’s function within the game is to activate the subway train so that the player can proceed to the Control Room.

What does the key open in Stray?

To open the safe, use the keys that are now in your inventory. You will be rewarded with Doc’s Notebook if you complete this task. Another item that may be collected in the game are the notebooks.

Are there multiple endings to Stray?

Although there are times in Stray when you have more freedom to explore the world around you, the overall narrative of the game is not driven by player decisions. The conclusion of Stray is a stand-alone event that marks the conclusion of the cat’s adventure through the walled city.

He attempted to upload his consciousness into a robot body, but a glitch prevented him from doing so, leaving him in a state of electronic limbo. However, the participation of the cat was essential in the scientist’s success in acquiring B-12, the body of the drone. B-12 comes to the conclusion that he is the only human being still alive. And he is ready to employ any method necessary to unlock the city’s secrets.