Avid Pokémon fans sometimes wonder if the team rocket will ever get defeated or not. Pokémon Go is a challenging game and beating the rocket team is even tougher. The Pokémon games inevitably turn up into a battle every time you play them. The Pokémon Go Game allows you to battle the members of Team Rocket. As you battle it out with the members you eventually have to face the leader Giovanni himself and this can be the toughest part of the game. If you are wondering how to get Giovanni Super Rocket Radar in your Pokémon Go then you are at the right place. Here’s everything we know about getting the Giovanni Super rocket radar in Pokémon GO.

How can you find Giovanni in ‘Pokémon GO.’?

Finding Giovanni in Pokémon GO is not something that you can easily do. The head of the team doesn’t appear all the time. The players have to wait for the special tasks for the TEAM GO Rocket to meet Giovanni. Several special research tasks will start to appear in the game. The players will be allowed to defeat the other members of the team and finally the team leader as well.

Once you have completed all the necessary tasks you can begin hunting down the Team GO Rocket members in the battle. When you defeat a Team Rocket member the members will be dropping a Mysterious Component. You just have to pick up the Mysterious Component and keep collecting them until you are done collecting six of them. When you are done collecting six of these items they will transform into a rocket radar. The radar will allow you to track down the hideouts of the leader in Pokémon GO. 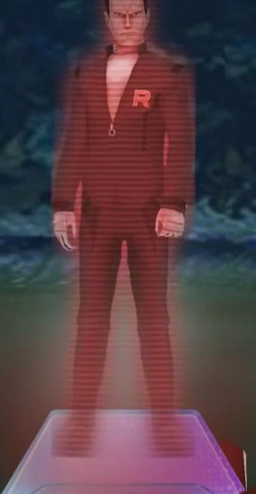 If you have crafted a Rocket Radar in the game, then you will be able to purchase another one for Poke Coins. If you are tired of defeating the grunts all over again then you can always take the chance to craft a rocket radar. The players will have to hunt down other Team GO Rocket leaders. The three leaders include Arlo, Cliff, and Sierra. Once you have hinted down these leaders it will lead you to Giovanni.

The players have to defeat three of these leaders. After you are done battling them out you will receive Super Rocket Radar. This is the only way to find Giovanni in the game. You may come with several Team Rocket members during the process. You may get confused as they all are disguised as Giovanni.

The good news is that you can swipe the Poke Stop and see the real faces of the members. Swiping will help you to reveal the true identities of the members without having to battle them. It is also important to know that you can only battle with Giovanni, once you have become a trainer level 8 or up. You will have to cross the first eight levels to be able to become eligible to meet the leader.

When the Pokémon Go players have their Team GO Rocket special research task they have to work harder. They will have to defeat Team GO Rocket grunts. Whether the players defeat them at Poke stops or move via Team Go rocket balloons they will receive an item. It is popularly known as the Mysterious component which is like a reward for their efforts. You can craft a Rocker Radar after getting six mysterious components.

If players already have some Rocket Radars they can purchase more of them in the game’s shop. However, they will have to use Poke coins. The next step will be to defeat each of the Team Go Rocker leaders. Arlo, Cliff, and Sierra will appear at various Poke stop especially when you are equipped with Rocket Radar.

Players can find it in the balloons while the trio of operators will also become easy to find. Now is the time to defeat all the three leaders of the ‘Team Go Rocket Leaders’. Another special research task will give another reward to Super Rocket Radar.

Now that the Pokémon Go trainers will be ready with their Super Radar equipment, they can take on Giovanni. It will be easier to sweep all the nearby poke stops in this manner. This is the best idea to reveal the hideout of Giovanni at the right time. If you are equipped, the Super Rocket Radar helps Giovanni to appear in the Team Go Rocket balloons.

It is necessary to understand that sometimes a radar can detect the real location of Giovanni. However, when the player takes a closer look their target will have to be a Team Go Rocket grunt in disguise. It is known as Decoy Grunt. Fortunately, even though Decoy Grunts are rare, it is not difficult to grab them. Before the players even know it their Super Rocket Radar will reveal its location of Giovanni.

Giovanni is one of the toughest opponents to challenge while playing the game. You need to prepare yourself for the battle in the best possible ways. Just like many other team rocket leaders, Giovanni uses many protective shields. It is easy for them to absorb the charged attacks made by the players. Giovanni will start with Persian but can use three types of Pokémon for taking a second chance. His final Pokémon will turn out to be Shadow Latias.

A normal type Pokémon can take care of a lot of type moves. It involves normal, dark, fairy, and even rock. This helps you understand that Persian is easy to beat with the help of fighting-type moves. Some things can reveal the weakest side of Giovanni’s Pokémon. The players can now make use of low-strong moves effectively. Giovanni’s lineup can change on various occasions. Before you go into an encounter with him, don’t forget to research fully.

If you want to find Giovanni in Pokémon Go reading our post will benefit you a lot. As the Team Go Rocket’s mastermind, Giovanni is ready to cause havoc in the game, you need to be well-prepared!

Here is What Does Dexterity do in Elden Ring