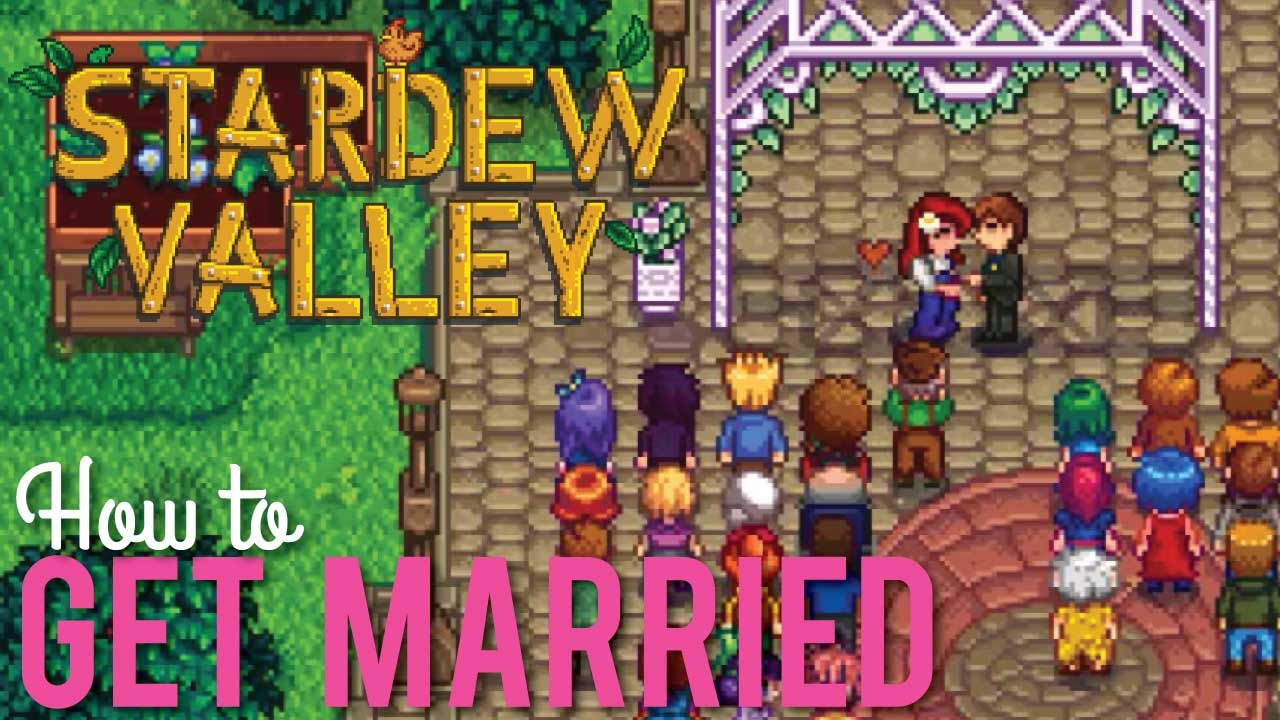 Stardew Valley is still one of the most endearing simulations of farming available, in spite of the fact that it has been out for several years. But there’s a lot more to this game than just taking care of animals and crops; it’s also about starting over in a new town and making a new life for yourself there. To do so requires getting to know the locals and integrating oneself into the community…possibly even getting married and beginning a family in Pelican Town.

The player has the option of dating and possibly marrying one of twelve available individuals, consisting of six eligible bachelors and six eligible bachelorettes. Each one is distinct, and various gamers will find that appealing. When it comes to forming a relationship and getting married in Stardew Valley, the process is largely the same, however it is necessary to take into account the preferences and characteristics of each non-player character (NPC) before romancing them.

Read Also: How to Get Cloth in Stardew Valley

How to Get Married in Stardew Valley

The player’s relationship with a possible spouse needs to be strengthened through activities such as frequent conversation, the presentation of presents, the completion of quests, and other activities. It is possible to increase one’s heart level with a character in a variety of ways, although receiving gifts is by far the simplest and quickest method. You can view a character’s preferred presents by selecting them from the “Social” page of the game’s main menu (the tab that looks like a heart). You might also check out this guide for some recommendations on the most valuable presents in the game.

Gifts can be given to NPCs by players up to twice each week, with an additional gift given on the NPC’s birthday (which can be found on the calendar outside of Pierre’s store). When it comes to friendship points, birthday presents count for eight times as much as normal, so be especially thoughtful when selecting them.

Pierre will send a letter to the player whenever they reach eight hearts with at least one bachelor or bachelorette. If he sees that the player is getting close to the locals, he’ll point out that the town has a custom of giving bouquets as a way to express romantic interest. The player can then pay 600g to Pierre’s shop to acquire a Bouquet.

After receiving a bouquet from a potential spouse, if the two of you have eight hearts in common, they will react with joy and exclaim, “I feel the same way!” Final two greyed out hearts in their social gauge open up, and the player can expand their relationship to ten hearts at this point.’ It will also be listed as the player’s “lover or girlfriend” in the social menu.

Before tying the knot, the player is free to have as many lovers as they choose (although dating all the bachelors or all the bachelorettes at once may lead to a cutscene calling the player out). A bouquet given to another NPC will upset the player’s spouse if they are married.

On wet days, an NPC known as the Old Mariner will appear on the Beach’s eastern side. To buy a Mermaid Pendant, players must have reached 10 hearts with one bachelor or bachelorette and have improved the Farmhouse at least once. In Stardew Valley, gifting this necklace to a loved one is like proposing marriage with an engagement ring. It costs 5,000 Gold to purchase.

With 10 hearts between them, gamers can propose by handing the Mermaid Pendant to their loved one like they would any other gift. The recipient will be delighted and agree to marry the player in the same way as the bouquet. When the player wakes up three days after the proposal, a cutscene depicting the wedding in the town square will play. When it’s over, the player and their new spouse will show up on the farmhouse porch at 6am to begin their new life together.

How to Dive in Madden 22

How to Set a Reminder on An Android