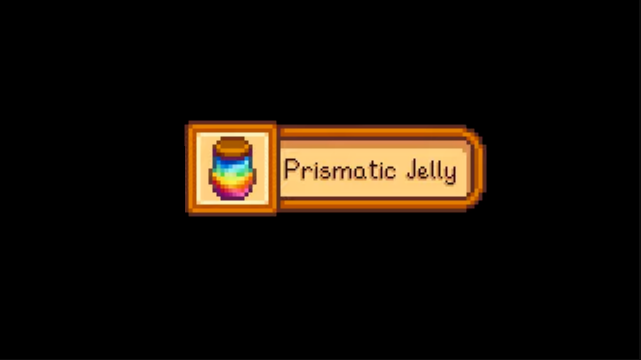 The Wizard will now make a request for Prismatic Jelly on the Special Orders board with the latest update; however, he will not provide any hints regarding where or how players might obtain this item. Because the rewards for completing this quest are so good, it is in your best interest to collect as much of this uncommon ooze as you possibly can. The Prismatic Slime monsters are only accessible to players if a Wizard’s special order quest has been accepted. Since these creatures are not bound to a single area, it might be challenging for players to find them if they aren’t aware of where to look or what to look for in particular. In Stardew Valley, obtaining Prismatic Jelly can be accomplished in the following way. So let’s get started:

Read Also: How to Get Refined Quartz in Stardew Valley

As you progress through Stardew Valley, you will become eligible to accept special orders from a newly established community board in the town known as the prismatic jelly. The unique order that the wizard gives out can be a little bit challenging, but it’s also really simple to finish. In order to proceed, you will need to return to the hard mode mine, change it to the standard mode mine, and then just respawn on floor number five. When you descend down to floor five, there is a possibility that up to eight slime will spawn on the floor within roughly five or six seconds. This can happen at any time during your descent. The Wizard’s quest has a time constraint, and in order to progress, players will need to do the assignment within seven days. Because of this, it is essential to do the search in the most effective manner feasible. After finishing the quest, the Wizard will reward players with 5,000 gold and either a recipe for monster musk or a miniature obelisk. Players have a chance of being able to do this quest twice in order to receive twice as many rewards and obtain both recipes.

Where can I find prismatic slime in Stardew Valley?

The Mountain Mines, the Quarry Mine, and the Skull Cavern are the only locations in which you can encounter the one-of-a-kind Prismatic Slime. They will not materialise until you comply with the Wizard’s order to remove their ooze from the Special Orders board and place it in your inventory.

What floor does prismatic jelly spawn on?

In The Mines, Prismatic Slimes will appear between floor 95 and floor 115 on a regular basis. However, there is a strategy that can be used to have them spawn on lower floors, which will save you both time and effort. It is necessary for you to get to the fifth floor and zoom out all the way in order to determine whether or not there are any rainbow Slimes on that floor.

Can you find prismatic jelly in skull cavern?

The Mines, the Quarry Mine, and the Skull Cavern are the three locations that contain Prismatic Jelly. It depends on one’s daily luck, however there is a 1.2% possibility that it will turn out to be a Prismatic Slime instead. If you are fighting a Prismatic Slime while wearing a Burglar’s Ring, you will be rewarded with two Prismatic Jellies at the end of the fight.

What is the rarest slime in Stardew Valley?

Once you have completed the Wizard’s Special Order “Prismatic Jelly,” you will be able to locate the Prismatic Slime in the Mines, the Quarry Mine, or the Skull Cavern on any level. This unique monster can only be encountered there.