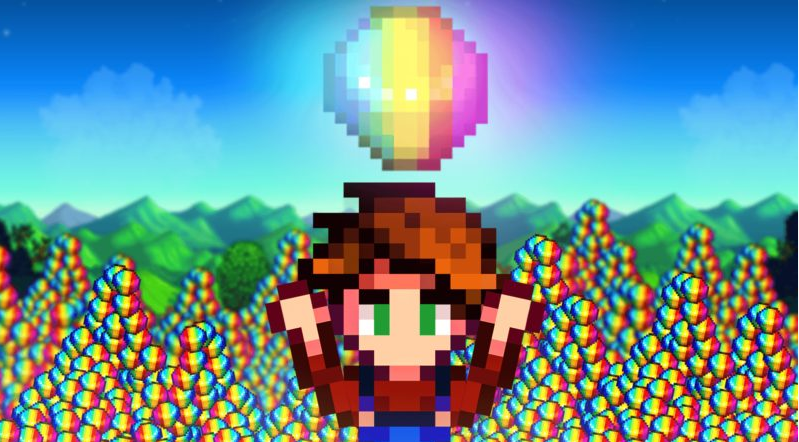 Read Also: How to Get Battery Packs in Stardew Valley

In the following, we have outlined some of the most effective strategies for acquiring Prismatic Shards in Stardew Valley!

1. Mine for a Prismatic Shard When you have the Skull Key in your possession, you can use it to access the Skull Cavern by entering a cave in the northwestern part of the Calico Desert and using the key. There are Iridium Nodes and Omni Geodes in the Skull Cavern, and either one of them has a chance to drop a Prismatic Shard. You will have more opportunities to mine them for a Prismatic Shard as you progress downward in the Skull Cavern, where their frequency will rise by one for every ten floors you descend. In Stardew Valley, the most reliable method for locating a Prismatic Shard is to mine for Iridium Nodes. In addition, you have the ability to mine Omni Geodes, which look like grey rocks with rainbow specks scattered over them. However, the chance that they will drop Prismatic Shards is only one in two hundred, which is a far smaller chance than the chance that they will drop Iridium Nodes. To improve your odds of unearthing a Prismatic Shard while exploring the Skull Cavern, we suggest mining both of these nodes whenever you come across them there.

2. Kill Monsters for a Prismatic Shard

A Prismatic Shard is a type of loot that can be dropped by a number of different creatures in Stardew Valley. These monsters include the Wilderness Golem, Shadow Brute, Shadow Shaman, and Serpent. There will be a unique variation in the percentage of Prismatic Shards that will drop from each creature. The following is a breakdown of each one’s respective percentage of total drops: As was said earlier, in order to access the Skull Cavern, you will need to make it to the very bottom of The Mines. Be sure to eliminate any Shadow Brutes and Shadow Shamans that you come across as you make your way through The Mines. There is a chance that Wilderness Golems will appear on your Farm, but they are of no service to you until you have descended to the very lowest level in The Mines. When you are in the Skull Cavern mining for Prismatic Shards with Iridium Nodes and Omni Geodes, make sure to kill any Mummies or Serpents that you come across and then continue moving on. You will locate a Prismatic Shard at some point in time.

What level are prismatic shards in Stardew Valley?

Prismatic shards have a 25% chance of dropping from a Mystic Stone in the Mines at level 100 or higher, as well as in the Quarry and the Skull Cavern.

How do you farm Prismatic shards?

Prismatic Shard Positions in the World

Trout of the Rainbow
Fish Ponds were included to the game in one of the more significant upgrades that were released for it. These are relatively modest farm buildings that can provide shelter for up to ten individuals of a particular species of fish. There will be a random drop of a unique item once every day from each kind of fish. Rainbow Trout have a chance to drop Prismatic Shards if there are ten of them in a pond and if you’re particularly lucky.

It is certain that a Prismatic Slime will drop a Prismatic Jelly, which is the item that needs to be brought to the Wizard in order to fulfil the Special Order. During the time that the special order is active, there is an approximately 1.2% chance that any slime that spawns in The Mines, Quarry Mine, or Skull Cavern will be replaced with a Prismatic Slime. This chance is determined by the player’s daily luck.