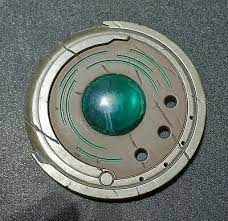 Destiny 2, being a loot-based action role-playing game, includes a large number of merchants and non-player characters (NPCs) to interact with. Nevertheless, the exotic merchant Xur is one of the most interesting and enigmatic characters that the players will meet throughout their travels. Since the first debut of the franchise all the way back in 2014, Xur has become a weekend mainstay of the series. He appears only during the course of a weekend and offers players the opportunity to purchase a rotating assortment of exotic items with randomized stat rolls.

In point of fact, players have the opportunity to uncover a great number of callbacks and Easter eggs within Xur’s game, the social area known as Treasure Hoard, and the brand-new location known as Eternity. The classic Destiny resource known as Strange Coins has made a comeback, which is one of the things that has happened. They are not used in the same way as they were in the first Destiny, and it is much simpler to obtain them, but they are extremely vital for unlocking new gear. Everything a player needs to know about Strange Coins is included in this article.

Read Also: How to Get Bright Dust in Destiny 2

What Are Strange Coins?

Strange Coins were first featured in Destiny and served as a form of currency that players could earn for completing various in-game tasks, including as achieving a gold rating in public events, opening chests in the Prison of Elders, completing the Crucible, or completing a Strike. Then, on the weekends, players might meet Xur at random and use their gold to buy rare weapons and armour from him.

Strange Coins were replaced with glimmer and legendary shards in Destiny 2 to make buying Xur’s exotic goods simpler for players. With the 30th Anniversary Update’s focus on Xur and his Treasure, however, Bungie has brought back the Strange Coin as a fun nod to Destiny’s past, alongside other items inspired by the developer’s past. However, players will need to stock up on Strange Coins in order to purchase the new gear that has been included with this update and to get the exotic Forerunner sidearm. How to Find Strange Coins

After the first login to Destiny 2 after the update, players will have to complete the first round of Dares of Eternity before they can begin unlocking Strange Coins. Players can earn Strange Coins by taking part in any of Destiny 2’s many activities, so long as they don’t expect any particular outcome from the system.

Despite the fact that there is no guaranteed method to earn Strange Coins, many players have chosen to focus on the Dares of Eternity event because it not only rewards them at the end of a run, but also because they can receive Treasure Keys and Anniversary gear at the same time, making it fairly rewarding.

What do strange coins drop from?

What is the fastest way to get strange coins in Destiny 2?

Can you buy strange Coins in Destiny?

What currency does Xûr?

Legendary Shards can be thought of as being somewhat analogous to Glimmer in that they are most frequently unearthed through the deconstruction of legendary equipment. The shards can be spent on purchasing equipment from a variety of vendors, the most notable of which are Xur and Banshee-44, as well as on the preliminary phases of upgrading one’s weapons and armour.

What do strange Coins do in Destiny?

When purchasing powerful loot from Xûr, Agent of the Nine, in Destiny, you will need to have Strange Coins in your inventory. After some time, they make a comeback in the 30th Anniversary Pack for Destiny 2, where they can be used on purchasing special bounties and other goodies from Starhorse.