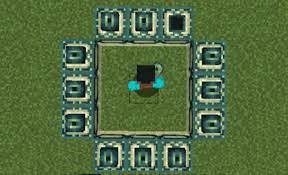 When “Minecraft” was first released, there was no way to win the game under any circumstances. You simply continued to play for as long as you desired, or until you were unfortunate enough to fall into a ravine and perish. However, after a few years of the game’s existence, the creators decided to add a final boss called the Ender Dragon. After you have defeated this flying behemoth, the game’s credits will begin to roll, and you will receive an accomplishment for successfully completing the game. You will need to construct a unique building known as an End Portal in order to get to the realm of the Ender Dragon. You will have direct access to “The End,” the shadowy dimension in where the dragon resides, once you have the End Portal.

If you are playing the game in Survival or Hardcore mode, you will have to search the underground for a damaged End Portal and use the Eyes of Ender to fix it. In the Creative mode, all you have to do is construct one out of the various components that are available in your unlimited inventory. The following is a guide on how to create an end portal in Minecraft.

Read Also: How to See Coordinates in Minecraft Windows 10

How to Make an End Portal in Minecraft

It is not possible to construct the individual frame pieces that make up an End Portal. Anywhere, when in Creative mode, you will be able to find these frames in your inventory (together with Eyes of Ender) and freely position them however you choose.

This means that you do not need to search for an End Portal because you are able to create one from scratch rather than having to look for one.

1. Navigate to your unlimited inventory and select the materials you require. You will require 12 Eyes of Ender as well as 12 End Portal Frames to complete this task.

2. Let’s get started on the construction now. Digging a 3×3 grid in the ground and standing inside of it will make it much simpler to check that the frames are in the correct positions. 3. Place yourself within the grid so that you are facing outward, and then proceed to position End Portal Frames along the perimeter of the grid. It is important how you arrange the frames; the sides of the frames that have extra green should face the inside and outside of the building, not the blocks that are adjacent to them. Simply remaining inside the grid should guarantee that their positions are accurate. 4. At this point, you should exit the grid and begin positioning your Eyes of Ender within the picture. The portal will become active as soon as you have placed the 12th and final Eye in its socket. If you enter it, you will find yourself transported to The End. What are the ingredients to make a ender portal?

The player is able to build an end portal in the Creative mode of the game by positioning 12 end portal blocks in a ring that encloses an open 3×3 square and then positioning an eye of ender in each of those spaces.

How long should a end portal be?

The End Portal will have 12 blocks that need to be filled with Eyes of Ender in order to function properly. There should already be 1 or 2 of the Eyes of Ender placed for you, so all you need to do to finish the final portal is add the other 10-11 Eyes of Ender.

Can you break End portal frames?

An End portal frame is similar to Bedrock in that it cannot be broken in the Survival or Adventure game modes and can only be purchased through the Creative inventory in Minecraft.

Who is the Ender dragon?

How to Zoom Out on Google Docs

How to Eat in Minecraft