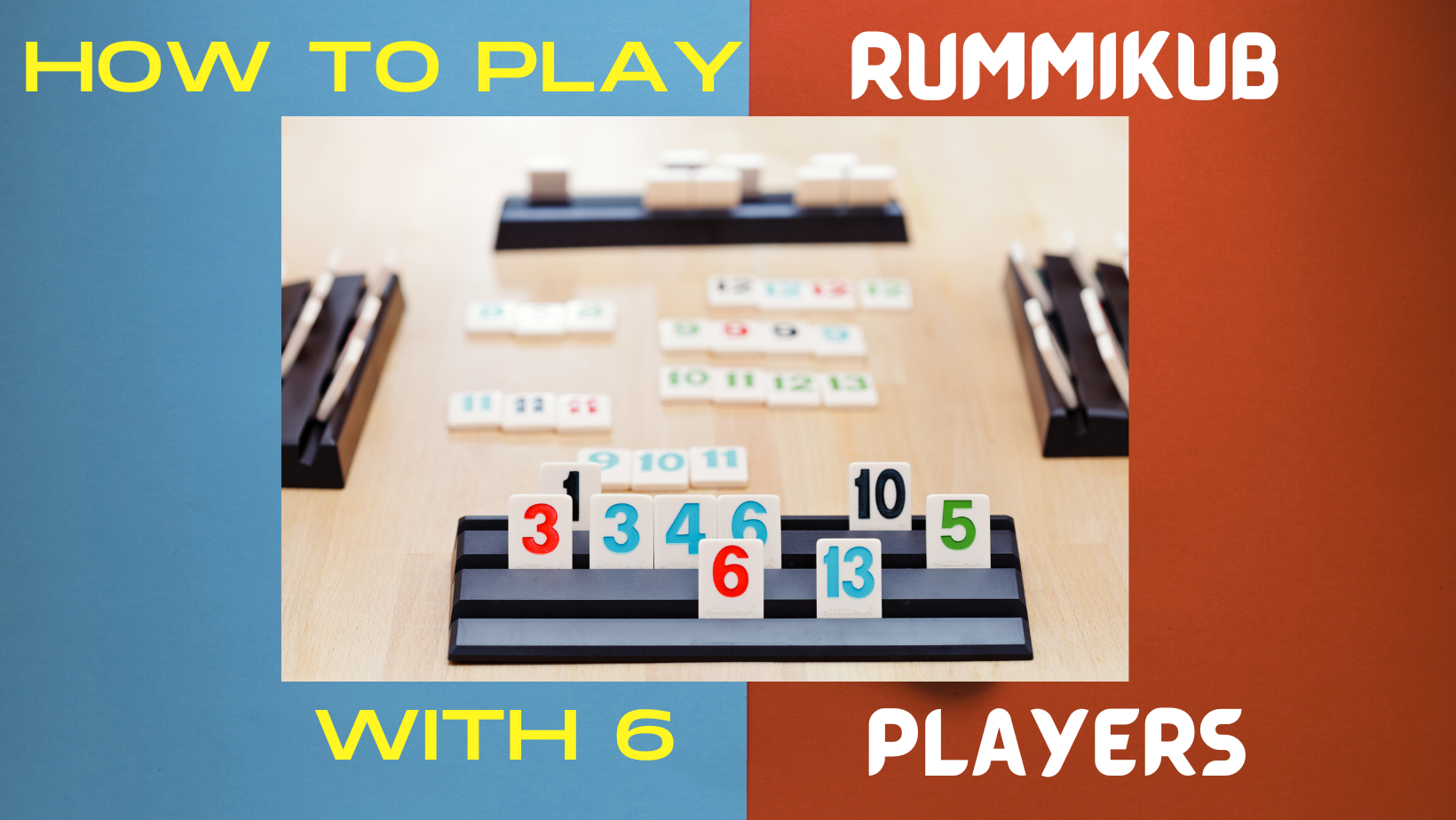 Rummikub is a classic tile-based game that players of all ages have enjoyed for decades. The game is similar to rummy but with the added element of strategy. It can be played with 2-4 players, but with a few modifications, and it can also be played with 6 players.

Here’s how to play Rummikub with 6 players:

Set up the game

Each player starts with 14 tiles (numbered 1-13 in four different colors: red, yellow, black, and blue). The remaining tiles are placed face down in the center of the table to form the draw pile. One player should shuffle the tiles and then draw and reveal one tile to determine the starting player. The player with the highest number goes first.

The objective of the game

The goal of Rummikub is to be the first player to get rid of all your tiles by creating sets and runs. A set is a group of three or four tiles of the same number in different colors. A run is a sequence of three or more tiles in the same color. For example, a run could be 3, 4, or 5 of red tiles, or a set could be a black 9, a blue 9, and a yellow 9.

How to Play Rummikub

When placing tiles on the table, there are a few rules to follow. You cannot change the order or color of tiles in a run or set already on the table. You can, however, add tiles to the ends of a run or set or create new sets or runs using tiles from your hand. For example, if a run of 3, 4, or 5 on the table, you could add a red 6 or 2 to the end of the run or create a new run with red 1, 2, 3.

End of the Rummikub game

The game ends when one player removes all their tiles. The other players then tally up the value of the tiles left in their hands, and the player with the lowest score wins.

Rummikub Six-Player Special Edition is an updated version of the classic board game that allows for more players to join in on the fun. This version includes an additional set of 52 tiles and jokers, but otherwise plays in the same way as the original game. To prevent downtime during gameplay, it is recommended to enforce a time limit of 60 seconds per turn.

Rummikub is a fun and challenging game that is perfect for a group of 6 players. With some strategy and luck, you’ll be on your way to victory in no time.