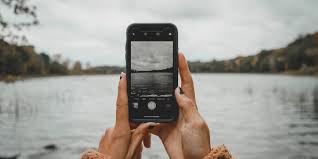 A lot of people enjoy giving their videos some kind of musical accompaniment in the background. This is generally done in post-processing using editing tools and software like iMovie, but if your iPhone camera can record videos while playing music, you can avoid this complicated step completely and save yourself a lot of time and effort. The moment you switch your iPhone’s Camera app to the Video mode, it immediately detects the audio that is being played back and puts a temporary hold on it until you quit the Camera app. However, there is a way to make your iPhone believe that it is not recording video at all, which will prevent any interruptions from occurring. Let’s take a look at how to record videos on your iPhone while also playing music on that device.

Read Also: How to Hide Photos on Your iPhone

How to Record Video While Playing Music on iPhone

The following tip is only applicable to iPhone models that include the QuickTake video feature. Before moving forward, at the very least, check to see that the operating system on your device is iOS 14.

1. Open the default Camera app on your iPhone by navigating to it from the home screen.

2. After that, you’ll find yourself in the app’s Photo area. You may now start recording a video while you are in the photo mode by just pressing and holding the shutter button. Previously, in order to shoot a video, you had to switch to the video section first.

3. A QuickTake video recording will begin as soon as this button is pressed. If you wish to record the video for an extended period of time, you will have to keep holding down the shutter button.

4. In the event that you do wish to record without using your hands, you can lock the recording by dragging the shutter to the right, as demonstrated in the following image.

5. When you are through, simply press the Stop button to put an end to the recording and save the video clip together with the music that was playing in the background.

That is the extent of the matter. You should now be familiar with a way to fool your iPhone into capturing videos without causing the audio to stop playing.

Can you record video while playing music?

You can get the Play Music While Recording app by going to the Play Store. While you are recording, start playing the music that you wish to hear. Launch the app that was just installed and keep it in the video mode. Simply tapping the camera icon will get your recording started.

What app allows you to play music while recording a video?

Mideo is the media giant of video recording apps because it allows you to capture video while also listening to music at the same time. If you do not have the app, taking videos will pause the music, and you will not be able to record while listening to it. You want to record video on Android while you listen to music, right? Get the Mideo download now!

Why does my music stop when I record a video?

When you start a video recording on an iOS or Android smartphone, the music will automatically pause as a precautionary measure. Why? The makers of the gadget apparently came to the conclusion that adding new configuration options for the function would not be worth the bother because this is the behaviour that the vast majority of users want the device to exhibit.

Why can’t I record while listening to music?

When you go to different modes or open other apps on the majority of Android and iOS devices, the camera functionalities will be disabled automatically. You are unable to record video while simultaneously playing music on the same device with this.

How can I play Spotify while recording on iPhone?

To begin, load up a song on your device using Apple Music, Spotify, or any other streaming service that you have access to. Step 2: After that, open the Camera app and check to see that it is set to the photo mode. At this point, the song that was playing in the background is still playing, and it has not stopped playing at any point.

How to Delete a Folder in Microsoft Outlook on the Web