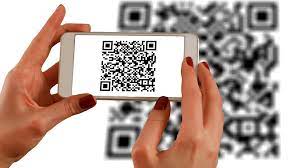 Over the course of the last decade, there has been a meteoric rise in the application of quick response (QR) codes. You can find them on the windows of eateries, at bus stops, in retail stores, and even in books. Other places you could see them include: They are an efficient means of guiding consumers to the websites that they are looking for in a short period of time, making them a useful tool.

In addition, the number of devices that are able to scan QR codes is increasing in tandem with the growing popularity of the codes themselves. This also applies to handheld mobile devices like mobile phones.

If your Android device has a camera, you will be able to scan QR codes. It does not matter whether you have a smartphone or a tablet; this capability is universal to Android devices. In addition, after you have scanned the code, you are granted permission to open the website that the URL links to as well as share it with other people.

Read Also: How to Unblock a Number on an Android Phone

How to Scan a QR code on your Android

On the vast majority of Android smartphones, you can read QR codes by using the default camera app.

1. Launch the camera application on your Android device.

2. Reposition your camera such that the QR code is now visible in the viewfinder. If the code can be easily scanned, you will notice that the URL associated with the code appears at the very bottom of the frame. To open the specified URL, tap the button.

If your camera is unable to read it, try turning it off and then back on again, or reposition the QR code so that it does not take up the full screen.

If it does not work, you will need to use Google Lens, which is an application that allows you to search the internet using the camera on your device. In addition, Lens provides you with other options for making use of the scanned QR code.

There are some Android phones, such as Google’s Pixel 5, that already have Lens integrated into the camera app. Simply select Lens from the Modes menu at the bottom of the screen, and then try again. If not, you can get it from the Play Store by downloading it.

1. Press the Lens button on your camera, and then move it so that the QR code is in the centre of the frame.

2. The URL associated with the QR code will be shown on top of it. If you tap the URL, the page will open right away; if you tap the magnifying glass icon at the bottom of the screen, you will get further choices.

3. If you tap the magnifying glass, you’ll be given three options:

If neither of these solutions is successful, it’s possible that the QR code itself is flawed.