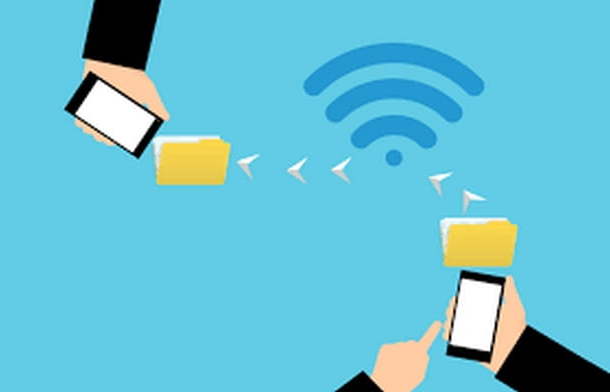 How to switch off NFC (Near Field Communication) on Android smartphones is covered in this post in detail.

How To Unblock A Number On Android

How to Turn NFC Off on Androids

The procedure for disabling NFC is straightforward. NFC works in the same way as Wi-Fi, Bluetooth, and other wireless technologies do: it can be turned off. Here’s how you go about it:

1.Go to Settings > Connected devices and choose the device you want to connect.

Note: Some Android phones feature the NFC option in the system tray menu at the top of the screen, which may be accessed from the home screen.

2.Toggle the NFC toggle switch to the off position. 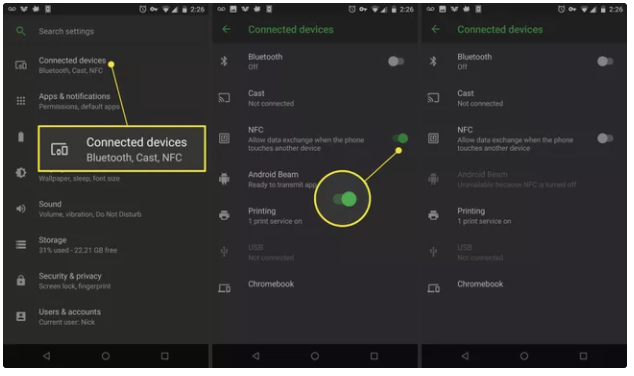 Near field communication (NFC) is a technology that allows devices such as smartphones to exchange data with other NFC-enabled devices when they are in close proximity to one another.

The usage of NFC is widespread. There are signs at the checkout that inform consumers that they may pay with their phones using Google Wallet, which is available at many stores. It is possible to setup Android smartphones running version 2.3.3 or higher to send and receive data using this communication standard.

When it comes to utilizing NFC, there are several dangers to be aware of. Researchers during a Pwn2Own competition in Amsterdam demonstrated how NFC can be used to acquire control over an Android-based smartphone by exploiting the technology. Similar vulnerabilities were presented by researchers at the Black Hat security conference in Las Vegas, however they used different methods to demonstrate their findings.

Read Also: How To Unblock A Number On Android

Where is the NFC sensor located?

In general, the NFC sensor is located on the back of the phone, in the middle, lower, or higher regions. To find the ideal angle for your phone, you may have to do some trial and error. Assuming you’ve already used a mobile wallet, the Hotspot NFC tags should operate from similar angles.

What happens if you turn off NFC on Android?

In order to preserve battery life and prevent any security issues, it is suggested that you switch off NFC if you do not intend to utilize it. Despite the fact that NFC is regarded safe, some security experts recommend that it be turned off in public locations where it may be subject to hacking attempts.

What is an NFC reader?

“Near field communication” is an abbreviation for “near field communication.” It is the technology that allows smartphones and devices such as payment readers to communicate with one another, and it is the technology that enables secure, contactless payments such as Apple Pay and Google Pay—transactions that do not require physical contact between the payment device and the payment reader—to take place.

Why is there an n symbol on my phone?

What is the significance of the N symbol? The ornate N is there to let you know that your phone’s NFC is now turned on and operational. A technology known as NFC, or Near Field Communication, allows devices to share information merely by positioning them adjacent to one another.