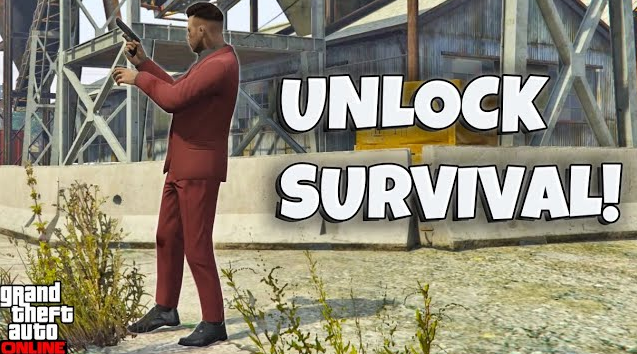 GTA 5 is a game that keeps giving, and the developers have always been busy putting out more and more ways to play this game that has garnered a lot of attention and adoration. The game that never stops giving is Grand Theft Auto Online. The addition of heists, missions, arena warfare, and survivor modes offers gamers with an adequate amount of content to keep them interested for a significant amount of time.

The Survival Mode will become available to users in GTA Online once they have attained Rank 15, at which point they will be able to access it. In addition to that, they will require Trevor to have been unlocked. We will guide you through the process of unlocking Survival in GTA 5 Online in this tutorial that we have prepared for you.

How to Unlock Survival GTA 5 Online

Your game needs to be turned on before you can move on to the next step, which is to navigate to the letter T, which stands for Trevar on your map. However, before you can accomplish this, you need to ensure that you are currently ranked number 15 and have interacted with Lester at least once. To add the letter T to your map, you will need to complete a mission given to you by Gerald that is titled “messed up.” First you have to finish the mission, and only then will you find out where Trevar is hiding.

Following your arrival at Trevar’s location, there will be a cut scene for you to experience. Following the cut scene, Ron will give you a call, and the game will mark a waypoint on your map for you. You are required to proceed in the manner specified by the waypoint, and then you will initiate the industrial plan. There is no requirement for you to finish this OFF. This can be completed in two or three rounds. Bringing along some of your close pals will make things much simpler for you. After this, return to your survival kit and you will see that it may now be accessed without a password. You should now select survival on your map, and then head straight to survival after making that selection. After that, you have to play it again, but this time you don’t have to finish it; you only have to kill as many enemies as possible.

What is the survival mission in GTA 5 Online?

Grand Theft Auto Online includes a gameplay mode called Survival. When the player reaches level 15, Ron will inform them that they can access them for the first time. In order for the user to continue making progress online, they are need to take part in the tutorial event known as the Industrial Plant survival.

Can you be homeless in GTA Online?

In most of the Grand Theft Auto games, the homeless people you encounter are referred to as Tramps, but they are also sometimes called Hobo.

Can you kiss someone in gta?

People in Grand Theft Auto Online can be in a romantic relationship, however they can only blow virtual kisses to one another. Or it may be just two guys who want to give each other a great handshake at the finish of the race, like they do at the end of such events. For example, if it’s a boy and a girl, you have the option of giving each other a handshake, hug, high five, kiss, holding hands, lying in bed together, or cuddling.

Can you have GF in GTA Online?

How to Turn On Aim Assist for GTA 5

How to Enable or Disable Passive Mode in GTA 5 Online