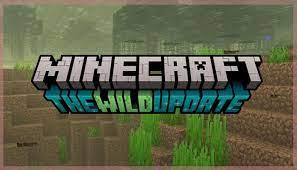 The most recent Beta update for Minecraft Bedrock Edition has now been made available to all players. Every week, a fresh snapshot is made available for Java Edition players, while a Beta and Preview are made available for Bedrock players every two weeks. Toutes of these are meant to bring major features to the game in advance of the game’s regularly scheduled upgrades.

It was published this week, and it has numerous significant enhancements over the previous version. As the formal release of the 1.19 The Wild Update grows closer and closer, the importance of these upgrades becomes increasingly apparent.

The addition of a spectator mode is one of the most significant changes to the game’s design. Mojang stated that this mode was not intended to be included in the game and that it was accidentally included by mistake. However, due to the overwhelming demand for this feature, they chose to leave it in place and continue working on it through beta testing in preparation for an official release in the future.

It was so busy I missed it, but yesterday marked my third anniversary working at Mojang! So grateful to be a part of the team and to have a small part in looking after the best community of all!#Minecraft pic.twitter.com/sJPKkSS1kH

The recovery compass will direct players to the location where they perished the last time. It is made with eight echo shards and one regular compass, among other materials. It will also become a component of the treasure pool for the Ancient City in the near future.

They also made numerous significant adjustments to existing Minecraft features, including the following: