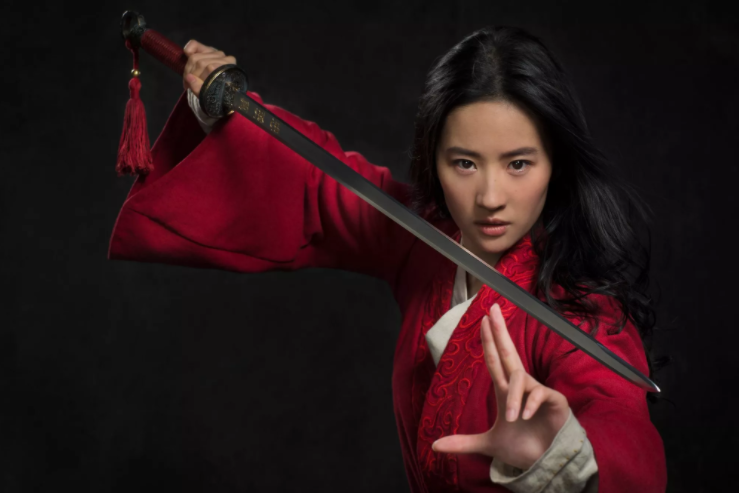 Hua Mulan is one folk heroin from the Quien dynasty that dates back to the 4th or 6th century. According to the folk tale in the time of war, the emperor calls t the people for the recruitment of new solders. At that time family, Hua Had no young man to send for the war. So Mulan stole the sword of her father and join the army by disguise herself as a man to save her father and the honor of her family. After a long war and fighting many battels she returns home as one of the most decorated soldiers of the army.

The folk tales also talks about a bird phoenix. Which is why the garden of their house. The phoenix also gave Mulan his blessing and helped her in the time of need.

Mulan is mentioned in my Literature books and it has 2 dedicated books on it too.

13 Films, 2 Stage shows, and 5 TV series have been made on this topic. Most Famous of them all are 2 Cartoon Movies from Disney and a Movie made released in 2009 that won 4 awards and was nominated for 8 awards.

A game on this character was also made.

2020 Mulan from Disney is one of the best movies that I have seen this year. It almost touches all the aspects of Mulan’s story. I personally love the story writing, Screenplay, Fight, and intense emotional scene. It is overall the best package and one of the best family movie.

The story revolves around Mulan a courageous woman that felt like she could do more than just what was asked of her. This is also one of the most inspiring movies on the topic of women’s empowerment.

In this movie, I felt like most of the storyline is based on the first Cartoon Mulan movie but at the same time by making the story more actioned and emotion-packed it kept the audiences on the edge of their seats.

The most online post is talking about how it was not good enough or it has its error. However, I certainly like this movie and was unable to find much flows in it. I think the story loses the audience without glorifying the main character. If one wants to talk about the cast then we can see that Liu Yifei as Mulan, Donnie Yen as Commander, and Jet lee as The Emperor.

The most amazing thing for me in this movie was the action of the Emperor. The Emperor was wise and also a good fighter. Unlike most of the movies where the emperor is the most useless character. I think Disney made the right choice by casting Jet lee as the emperor because no one could have played it better than jet lee.

If you haven’t seen this movie. Then it is among one of the best movies out in the market totally recommended.

Related Topics:Moviesmulan moviereview
Up Next

How to protect your Domain name from Trademark Infringement?

What Should Be Considered in Real Estate Company Audit In UAE