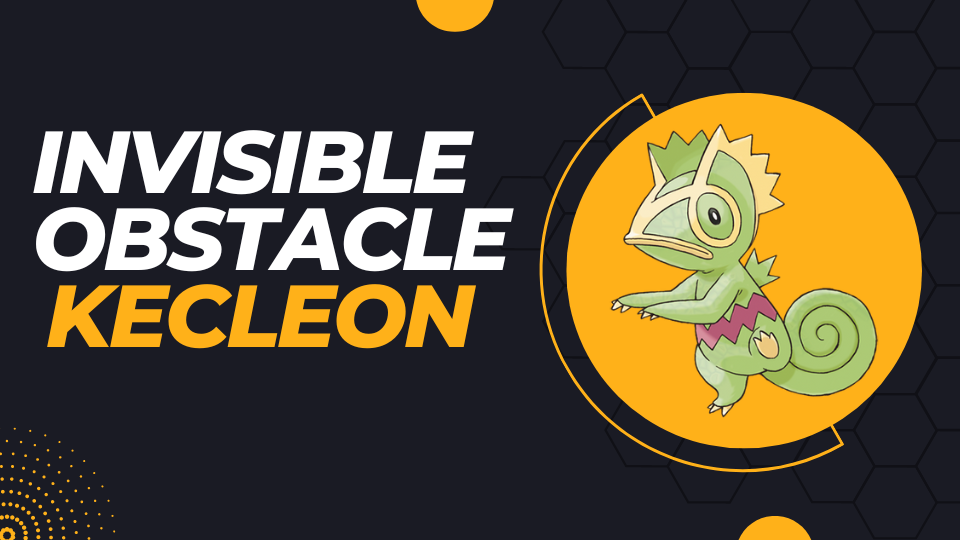 In this guide, we will help you with what an invisible obstacle is Kecleon? and how you can catch it.

In Pokémon GO, an invisible object may appear on a PokéStop, which is likely to be the Pokémon Kecleon.

What is the Ability of Kecleon Pokémon?

Kecleon can turn invisible and camouflage itself, which explains why it appears as an invisible object on PokéStops in the game.

Kecleon is a Normal-type Pokemon that can change its skin colour to blend in with its surroundings.

It can transform into any colour, which allows it to hide from predators and surprise its opponents in battles. It is known for its shape-shifting abilities and long, flexible tongue, which it uses to capture prey.

How can you get items from PokéStop?

Where can Players find Kecleon Pokémon?

Players of Pokémon GO can now find Kecleon hiding on PokeStops in the game. PokeStops are real-world locations that players can visit to collect in-game items and interact with other players.

Kecleon is a formidable opponent in battle, thanks to its high defence and unique ability to adapt to any situation. It is a valuable addition to any player’s collection and is sure to be a popular choice among trainers in “Pokemon Go.”

Other Tips to Catch Kecleon

Some players have reported encountering Kecleon at regular PokéStops and Team Rocket PokéStops. Keep an eye out for any strange movements or transparent figures lurking near the stop.

Tap on the screen to interact with Kecleon. Kecleon will mostly be transparent, but it should still be visible enough to tap.

After tapping the screen a few times, Kecleon should jump off the PokéStop, allowing you to throw a Poké Ball and catch it.

Now you will be able to add Kecleon to your collection in no time.