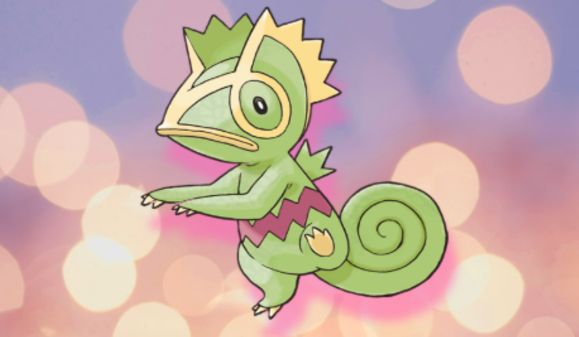 Kecleon is now available to be collected in Pokémon Go, and in keeping with the chameleon that served as its major source of inspiration, the only way to find it is to use a method that is utterly different from anything else. In Pokémon Go, obtaining a Kecleon will need a number of procedures, all of which are outlined in this article. So let’s get started:

Read Also: How to Get More Potions in Pokemon Go

In Pokémon Go, you need to click on each and every PokéStop you come across until you discover one that has a Kecleon clinging to it, even if it is mostly invisible. Only then can you catch Kecleon. I say that Kecleon is mostly invisible because you will be able to make out the form of its body and the red stripe that runs across its stomach.

When you have located a Kecleon, you will need to tap it repeatedly until it leaves the PokéStop and joins your party. After this has occurred, you must leave the PokéStop in order for Kecleon to become visible on the Pokémon Go map and become catchable by you.

Because Kecleon will reappear near the PokéStop you discovered it on, it is in your best interest to wait close to that PokéStop if you want to catch it; if you don’t, you’ll have to look for another one.

Keep in mind that Kecleon, at the time this article was written, is fairly rare, so it’s possible that you’ll have to go to a significant number of PokéStops before you come across one. At the time that this was written, it was possible to encounter Kecleon at a PokéStop that was located outside of your current radius; however, because of this, the stop could not be spun. However, according to the official Pokémon Go Help Center, this is a bug, and Niantic is currently looking into the matter as this article is being written.

It is essential to keep in mind that Kecleon is unable to show up at any PokéStop that is currently being guarded by a Grunt from Team Go Rocket. Instead, you are going to have to sit tight until the timer on that Grunt encounter runs out in order to give yourself a shot at catching Kecleon at that PokéStop.

Is 352 released in Pokemon go?

Since that time, 134 Pokémon hailing from Hoenn have been added to Pokémon Go, and users have been waiting for the 135th Pokémon for 1,908 days in order to finish up their regional Pokédex. Players’ Pokédexes will no longer display a large number “352” in a prominent font size.

What Pokémon are secret rare?

The greatest level of Pokémon card rarity is known as Secret Rare, and compared to cards with lower rarities, Secret Rare cards are distinct in a number of respects. To begin, they have a collector card number that is more than the number that is advertised for the set; this is where the word “secret” comes from in their company name.

Which Pokémon can be invisible?

Mew has the ability to render itself invisible at command; as a result, it is extremely difficult to even catch a glance of it!

What is the most unknown Pokemon?

There are a lot of different monsters, such as Stunfisk, Sebas, Barboach, Barraskewda, Remoraid, and Relicanth. The fans nearly always, without fail, forgets about these fish virtually as soon as they are introduced. Well, with the exception of a select designs that stand out, such as Wailord, Wishiwashi, or Sharpedo.