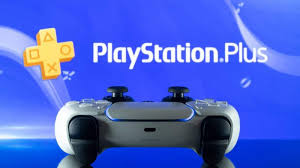 The ability to stream games from the cloud to your PlayStation 5, PlayStation 4, or even your personal computer is one of the advantages of having a subscription to the premium tier of PlayStation Plus in countries where this service is offered. This means that you are not required to download any software; rather, you can immediately begin using the service after clicking the “Start” button on the website. However, using this service does come with a few drawbacks, the most notable of which are a decrease in the image’s overall quality as well as an increased dependence on the speed and reliability of your Internet connection.

On the other hand, if you have PlayStation Plus Premium, you will be able to stream games for the PS4, PS3, PSP, PS2, and even PS1; unfortunately, there will be no support for PS5 games. This suggests that all of the PlayStation Plus games, including Returnal, which can only be played on the PS5, will be made available as digital downloads rather than being shipped in physical copies in the future. Although you will be able to download both the PS4 and PS5 versions of the game, you will only be able to stream the PS4 version of cross-generational games like Marvel’s Spider-Man: Miles Morales. This is despite the fact that you will be able to download both versions of the game.