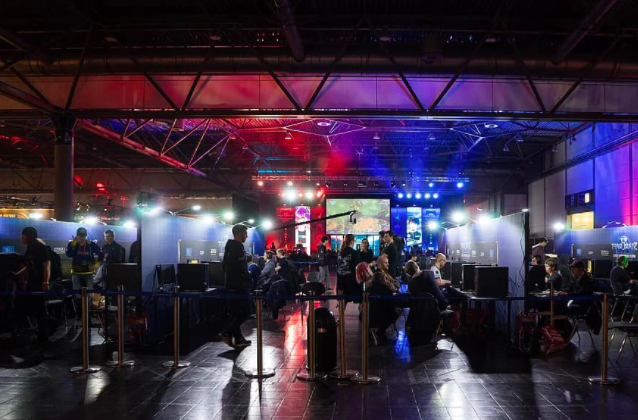 The fast-paced world of esports, while still relatively new, is beginning to be spoken about in a way that many would never have believed to be possible. Its meteoric rise has seen it transition from the fringes into the mainstream, however, based on its ever increasing popularity, the world of esports is still destined to get a whole lot bigger. For many years, esports was something that would very rarely, if ever, get a mention in mainstream media, whether online or on television. However, unless you have been living under a rock, it would now be difficult to find someone who was not at least aware of the phenomena that is esports.

In essence, esports is a form of competition using video games, often taking the form of organized, multiplayer video game competitions, particularly between professional players, individually or as teams. It is as much about the gaming as it is the competition, and has firmly established itself as one of the world’s hottest new markets. What was once deemed by many to be a fad is now one of the fastest growing industries in the world, with millions of fans worldwide and billions of dollars up for grabs in competition prize money. The recent rise in popularity and coverage has seen numerous so-called casual gamers transform into global stars earning seven-figure prizes as well as securing endorsements from major brands.

Despite all of this, the majority of people are still unaware of the inner workings of the world of esports. And while we believe that all of this will change in the near future, we decided to put this article together to give you a head start in order to fully prepare yourself for what many are now calling the future of gaming. So whether you would consider yourself a fan of Fortnite or Madden NFL, you can rest assured that esports will be making its mark in your life in a big way very soon. So, without further ado, let’s get started and take a look at four surprising facts about the world of esports…

The Rise of esports Betting

Just as it is in the world of standard sports, esports betting is incredibly popular. So much so, that it is considered a major element behind the attraction to the sport in general. In fact, the global esports betting market is expected to exceed $205 billion by the year 2027.

It makes sense that when something involves two or more people going head to head in order to determine a winner that people want to test their ability to predict who will win by placing a bet. If anyone was still in doubt about the potential of esports, the popularity of esports betting perfectly illustrates how people can engage with the sport on a variety of levels.

Many will be surprised to hear that this is not simply something that is reserved to online streaming sites, but that is is in fact becoming a massive spectator centered event. In fact, a 3,500 capacity state of the art esports specific arena, named the Fusion Arena, in Philadelphia is sure to create a new generation of esports fans and add further fuel to fire that is its growth in popularity.

Furthermore, a staggering 173,000 fans attended the stadium event and surrounding festival area over the course of two weekends at the Intel Extreme Masters World Championship in 2017 in Poland. Live events are growing in size year on year, suggesting it won’t be long before more and more esports arenas are constructed all over the world.

When We Say Athletes, We Mean Athletes

Yes, they might only be playing video games but professional esports athletes are genuinely athletes. Making the move from casual gaming to a professional level takes as much dedication and committent as it does for traditional sports.

Professional gamers often spend six to ten hours a day training as part of a team, working on both their individual game play and in-game team tactics. One fact that perfectly illustrates how difficult it is to be a professional gamer is that the majority tend to retire before the age of 30 due to fatigue.

Competitive esports is Older Than You Think

While the world of competitive esports may seem relatively new, it has actually been around for a long time. In fact, the first ever competitive esports event took place at Stanford University on October 19th, 1972. The event was called the Intergalactic Spacewar Olympics and was for the game Spacewar on the PDP-1 computer. A fun fact being that the top prize for the event was a one year subscription to the popular music and culture magazine Rolling Stone.

The Bottom Line
Taking into account the aforementioned information, it is clear that esports is destined to become one of the most popular sports in the future. Thanks to exponential growth, technology is only going to improve and as more and more people are introduced to the world of esports at a younger age, it is only a matter of time before it gains as much coverage as other traditional sports do. Whether you love it or hate it, esports is here to stay and if you are asking us, it will be almost impossible to ignore sooner than you think.