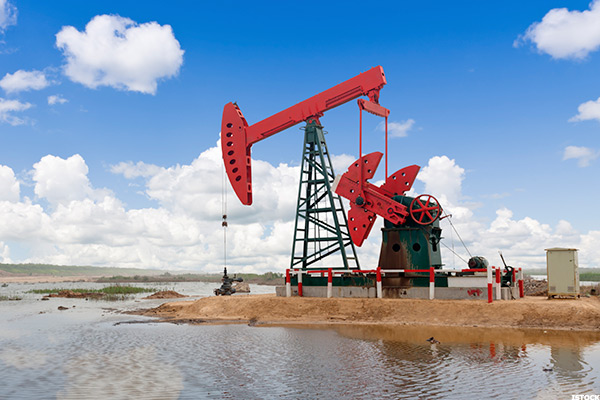 Denbury Resources Inc. (DNR) recently declared net income of $39.60M, or $0.09 per diluted share, for the first quarter of 2018.  Adjusted net income (a non-GAAP measure) was $54.0M, or $0.12 per diluted share, with the difference from GAAP net income mainly because of the exclusion of $15.0M ($12.0M after tax) of expense from noncash fair value adjustments on commodity derivatives.

REVIEW OF OPERATING AND FINANCIAL RESULTS:

The Company’s total lease operating expenses in first quarter 2018 were $118.0M, a boost of $13.0M, or 13%, on an absolute-dollar basis contrast to the prior quarter, and a boost of $5.0M, or 4%, contrasts to first quarter 2017.  The sequential quarter increase was mainly because of a $7.0M reduction recorded in fourth quarter 2017 for pricing adjustments related to prior period costs of certain industrial-sourced CO2, as well as higher power costs and workover activity in the current quarter.

Taxes other than income, which include ad valorem, production and franchise taxes, increased $3.0M and $5.0M from fourth quarter 2017 and the prior-year first quarter, respectively, generally because of the impact of higher oil prices on production taxes.

General and administrative expenses were $20.0M in first quarter 2018, a slight decrease contrast to the prior quarter and a decrease of $8.0M contrast to first quarter 2017, with the year-over-year decrease attributable to lower employee-related costs associated with the August 2017 workforce reduction and other cost savings programs.

The Company’s 2018 capital budget, excluding acquisitions and capitalized interest, remains unchanged from the formerly estimated range of about $300.0M to $325.0M.  The capital budget consists of about $270.0M for tertiary and non-tertiary field costs and CO2 supply, plus about $45.0M of estimated capitalized costs (counting capitalized internal acquisition, exploration and development costs and pre-production tertiary startup costs).  Of this combined capital expenditure amount, about $48.0M (15%) has been incurred through the first quarter of 2018.  Denbury’s estimated 2018 production is also unchanged from the formerly revealed range of 60,000 to 64,000 BOE/d.

DNR has a market value of $1.86B while its EPS was booked as $0.11 in the last 12 months. The stock has 476.89M shares outstanding. In the profitability analysis, the company has net profit margin of 15.00%. Beta value of the company was 3.24; beta is used to measure riskiness of the security. Analyst recommendation for this stock stands at 2.90.